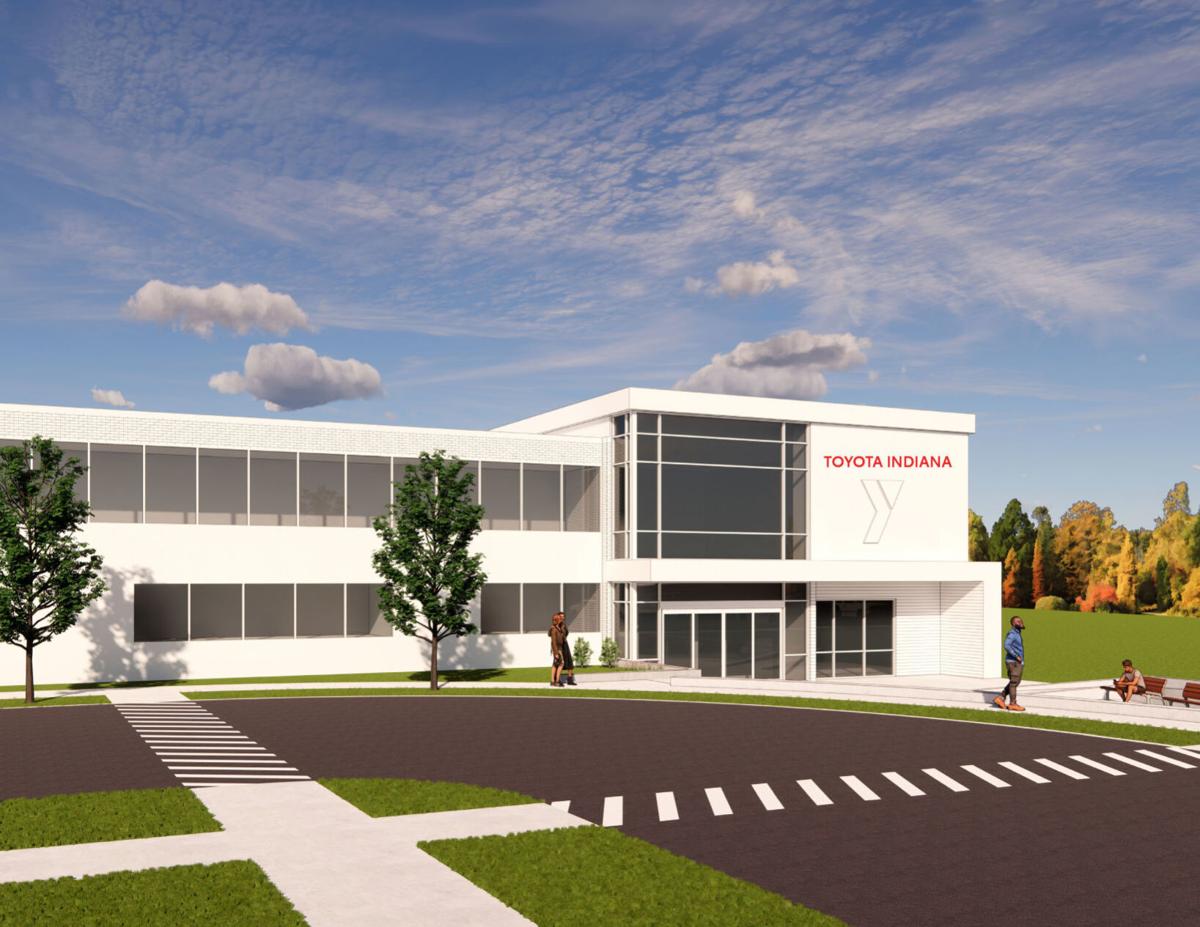 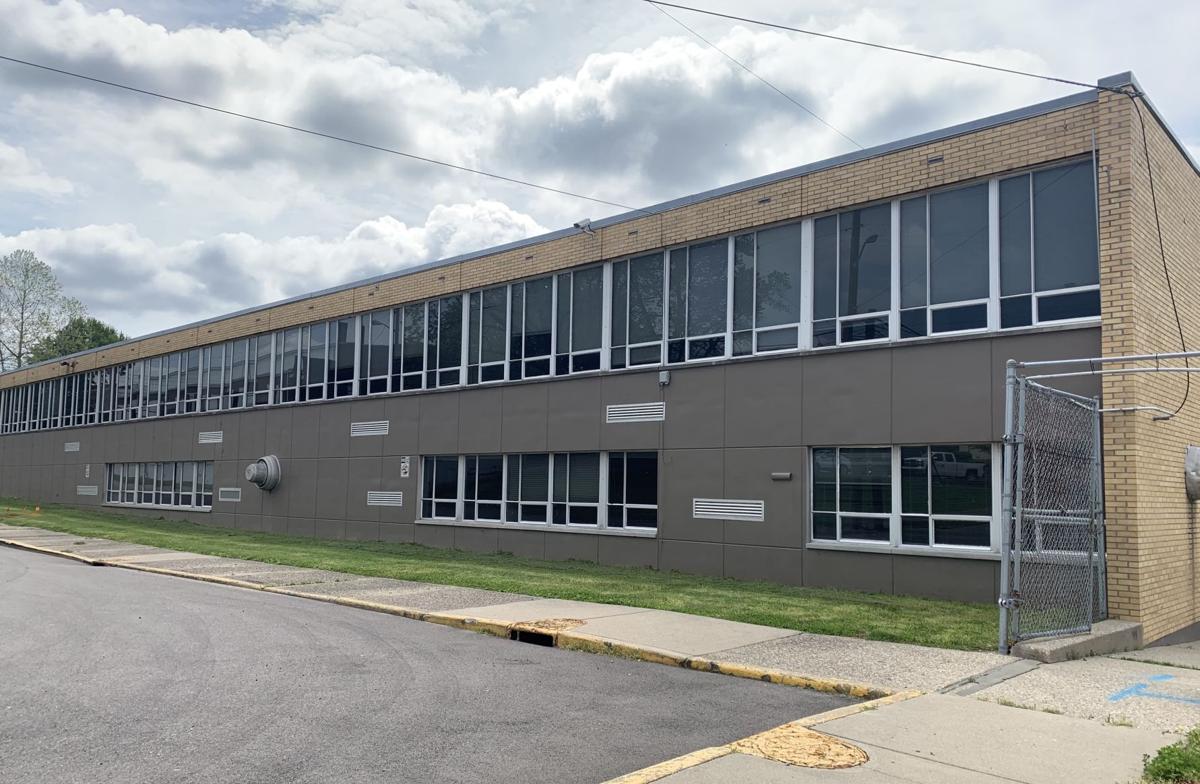 Princeton Mayor Greg Wright, a member of the volunteer Gibson County YMCA board that would oversee local operations, said the $13.2 million request is an investment in children and youth in the communities of the county.

YMCA of Southwestern Indiana CEO Jonathan Pope and COO Jennifer Brown, as well as architect Jeff Justice of Hafer Architects, detailed the plans for the facility on the former Lowell School property.

“This YMCA will reflect the unique needs of this community,” said Pope. “It will be built to fill important community and societal needs here in Gibson County, not anywhere else.”

Pope said YMCA child care programs will be up and running before the brick and mortar work is done in the building.

Pope said the facility is an attractive ammenity that can bring young people to the community and act as a catalyst for population and business growth.

Brown compared results of a 2018 YMCA feasibility study with earlier feasibility studies that focused on raising capital, but didn’t focus on community interest and sustainability.

A 2005 survey included 36 people, while the 2018 survey included more than 800 people, she noted. The most recent study addressed awareness, pricing, location and program interest. She said the facility could see a potential membership of 1,782 households from Gibson and nearby counties

The facilty has $1.5 million pledged for the project, and TIF funding, new market tax credits and an operating surplus adds to the sustainability, she said.

Converting the former school building gifted to YMCA by North Gibson School Corp. into a YMCA could be accomplished in two phases or in one broad project. The first phase would make initial use of the existing school building and make improvements for offering fitness and wellness and other programs, including child care for summer school in North Gibson, LiveStrong, and Pedaling for Parkinsons and other programs.

Justice said repurposing the building in two phases could open the facility for a $2.5 million initial investment, without full amenities.

Justice said the goal in a two-phase project would be to create new areas in the original classroom space for child care, youth programming, STEM lab and teen area facilities, renovate the existing gym and use the existing multi-purpose room and kitchen area.

A new entrance would be created at the corner of West and Water Streets on the west side of the building, featuring a two-story lobby, reception area, universal locker room, a balcony for classrooms renovated to become adult wellness areas, cardio, weight training, restroom facilities and using the top floor school office area for administration. Space would be reserved on the east side of the building for a partnership opportunity.

In the $13.2 million combined build, the addition brings the administration to the entrance, adds a multi-purpose area and new kitchen, a universal access ramp entrance, an observation deck, second auxiliary gym, upper level for more programming, a second-level walking/jogging track around the existing and new gym, facade improvements, indoor pool and diving area.

Pope said a teaching kitchen in the facility can also be used to expand meals for families in need or for entrepreneurs.

Princeton Common Council President Sheri Greene told the redevelopment commission that the city council has issued a memorandum of full support for the facility, and donated funds toward the initial feasibility study in 2018. “If we had the money, we’d build it ourselves, but as you know, the city doesn’t have that kind of money,” Greene said.

“We could build whichever Y the community likes,” said Pope.

He confirmed that the request includes the cost of design, legal work and other soft costs.

“Commissioners unanimously agreed on the $13.2M as requested,” Board of Commissioners President Warren Fleetwood told the redevelopment board. “It’s a great time to be a Gibson County citizen. I appreciate what you’re doing,” he said. “… Studies have shown that investing in youth is penny for penny, much cheaper to invest in youth and provide education and resources than it is to, if you will, house them in areas that aren’t as inviting, as adults.

“If we can make an impact in a positive manner... then it’s money well spent,” Fleetwood said. “I understand $13.2M is a significant amount of money. All of us would agree that you couldn’t put a dollar value to a child’s worth.”

Tami Muckerheide, of Gibson County Economic Development Corporation, also serves as a Gibson County YMCA board member. She said GCEDC’s focus for the county is housing and bringing people to live in Gibson County. Muckerheide said a facility such as the YMCA that can provide amenities is “very positive for economic development reasons.”

Redevelopment commission member George Ballard asked how funding the request might affect the funding available for other projects, or whether funding is immediately available.

The board’s attorney, James McDonald, said about $2.5 million should be available at the end of this year when the Toyota parking/road improvement project is completed. Next year, if the redevelopment commission sticks with a 40% valuation pass-through, the TIF district would accumulate about $5 million in June 2022 and another $5 million in December 2022.

McDonald said the money could be available through bonds or a forgiveness loan.

Justice said the project will require about five months of design work, then one to two months for bidding, and then perhaps 13 months of construction for a total 18-month time-frame.

Pope and Brown said the YMCA could work with bridge funding until TIF funds were made available for the project as it progresses.

Redevelopment board member Mark Iunghuhn said the want and need for such a facility has been around “for a long, long time...There are very few opportunities for communities to make a significant impact on the quality of life to a broad segment of people. Opportunities to do good for all age groups, ethnicities and economic status are inherent in this project,” he said.

“It is a statement that says to those who may want to come to our county, which is the essence of economic development, that these are our standards and values and we are willing to support those value,” he said as he offered a motion to fund the $13.2 million request, with the cash availability to be coordinated with the Gibson County Auditor.

“I think this is an outstanding project. It’s for the entire community,” agreed Michel, who offered a second to the motion that passed unanimously.