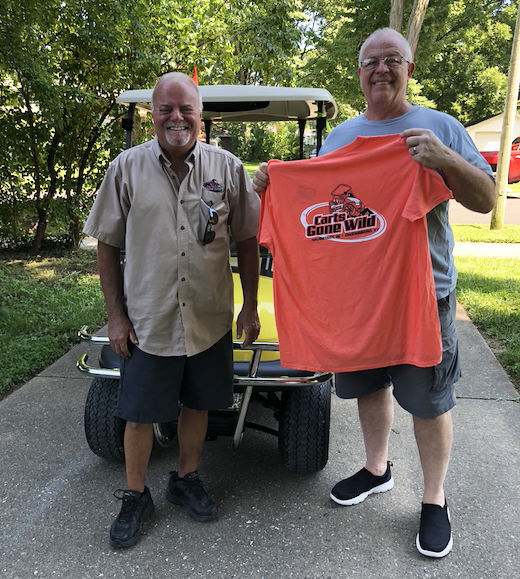 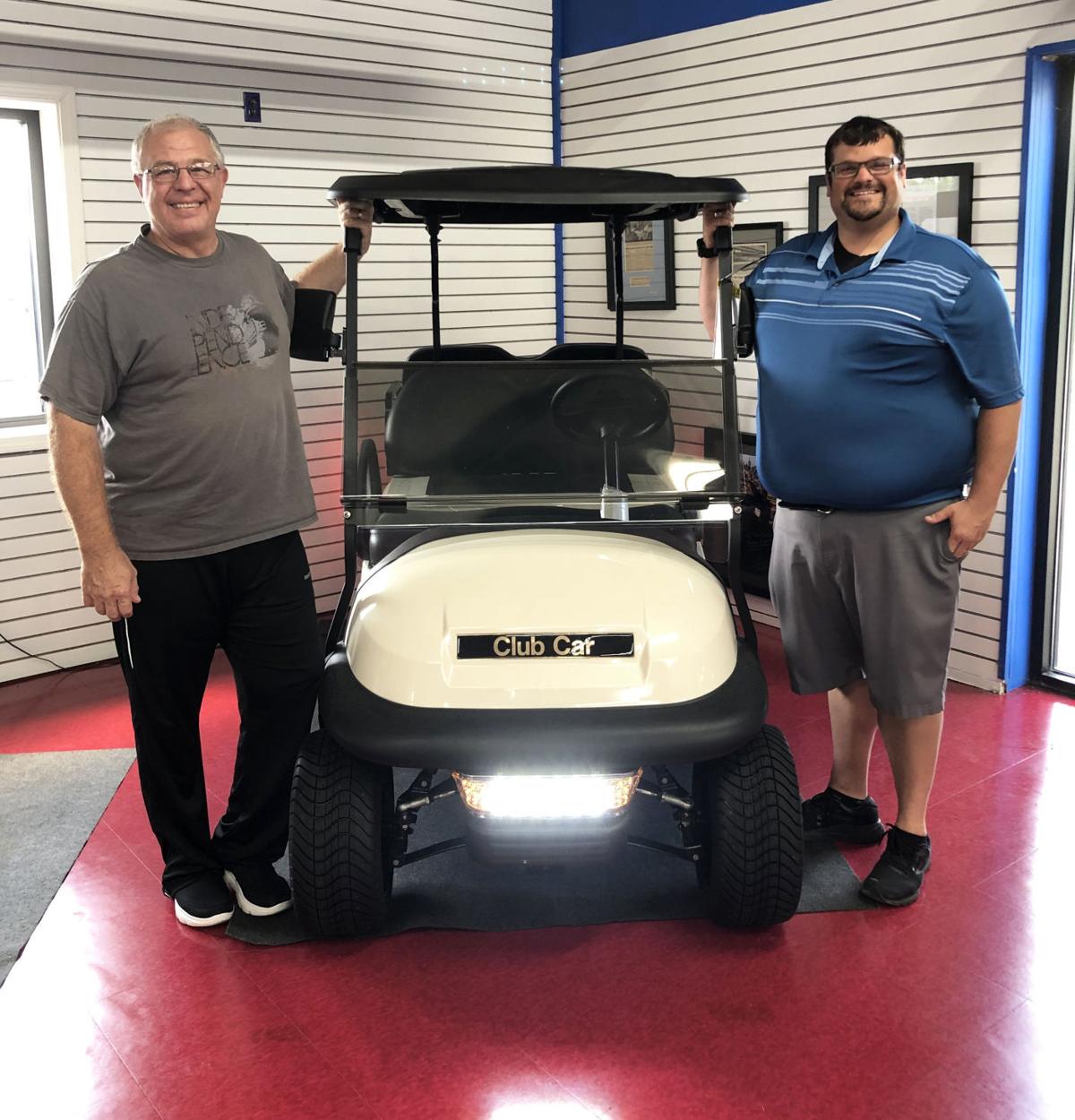 Tim Stranksy and Alex Boxell, owner and operator of Carts Gone Wild, pose for a photo after one of their meetings in preparation for the completion of Stransky’s golf cart. 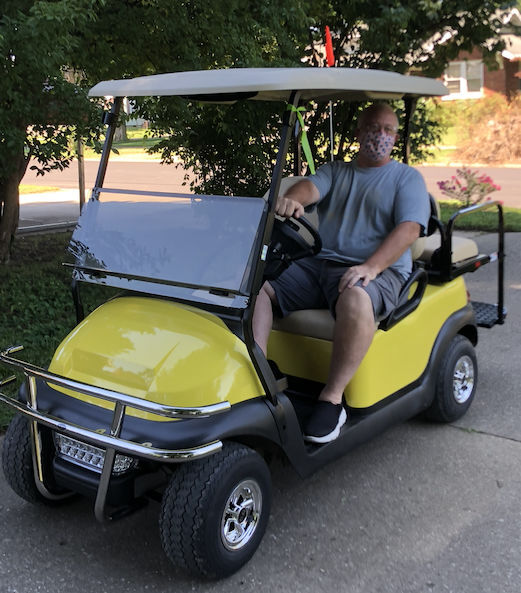 Tim Stransky checks out his new golf cart from Carts Gone Wild, Friday, Aug. 7, at his home in Princeton.

Tim Stranksy and Alex Boxell, owner and operator of Carts Gone Wild, pose for a photo after one of their meetings in preparation for the completion of Stransky’s golf cart.

Tim Stransky checks out his new golf cart from Carts Gone Wild, Friday, Aug. 7, at his home in Princeton.

After nearly year of physical therapy and recovery from a stroke July 4, 2019, Tim Stransky was ready to take back some of his independence.

This meant pulling out his Chrysler PT Cruiser mountain bike from storage, giving it a tune up and parking it outside with plans to hop on the next morning for a ride.

The next morning, he woke up to find it had been stolen.

His wife, MaryFran Stransky, posted to social media explaining what had happened and asking for the community to keep an eye out for the bicycle. What came in response were offers to buy him a new bike, donate bikes people no longer needed and a general willingness to help.

“The community was incensed,” MaryFran said. “It was really an interesting response.”

When it came down to how the community could help, it really wasn’t a bicycle that Tim needed. She was hesitant when he told her that he was ready to get on a bike to begin with.

“I had to get some wind in my face,” Tim said with a laugh.

While he can’t drive a car, MaryFran thought a “beater golf cart” would be a great thing for him.

The couple owns the Maxam House Bed and Breakfast in Princeton, and a bike would not have been the best mode of transportation for bringing items to and from the business.

Their nephews, Kevin Davey and Daniel Hershkowitz, set up a gofundme account with the goal of returning some of the freedom Tim was missing throughout the previous year.

“He’s been trying to regain his freedom ever since he lost it on Independence Day,” MaryFran said.

Tim was able to talk with Alex Boxell, owner and operator of Carts Gone Wild in Haubstadt, and set out a plan for what his cart would be.

“Alex just said, ‘You tell us what you need and we’ll make it happen,’ ” MaryFran said.

For Tim, this meant all the safety features there could be, and a bright color to keep him noticed on the road.

“They were so kind,” MaryFran said. “They said ‘You dream it, just whatever money you make in your go-fund-me, we’ll take care of it.’ ”

The money raised in the gofundme was over their initial $2,500 goal, and this didn’t include the money also dropped in the Stransky’s mailbox by community members.

“You always wonder if things will come back,” Tim said. “When I needed it, they showed up.”

Tim isn’t used to being the one on the receiving end of a helping hand. He’s much more accustomed to working to give back to the community, such as during his time as director of Downtown Princeton Inc.

“I’ve always been on the other side of giving,” he said.

The comments from the community were heartwarming to him, as he realized people genuinely wanted to help.

Tim said he’s always been a self-reliant person, so the need to ask someone to take him somewhere as simple as the hardware store was an adjustment.

Now, with an OK from his doctor, Tim is ready to take back some of that self reliance in his new golf cart.