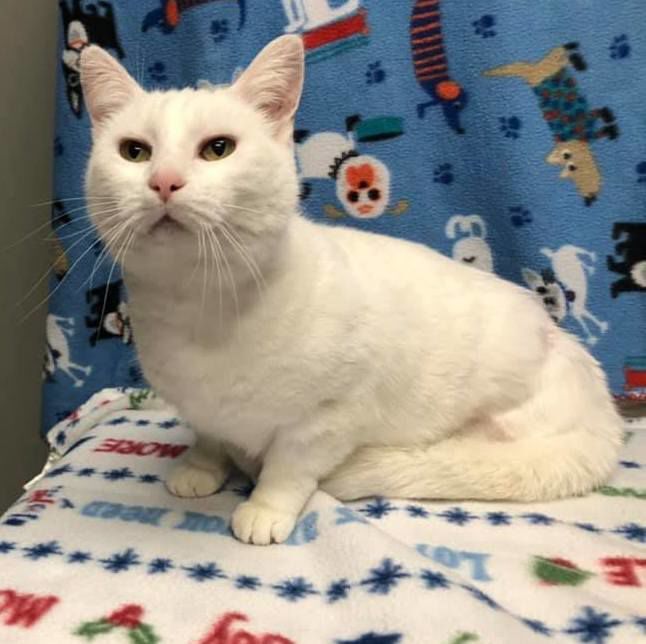 Pippa, at County Seat Veterinary Clinic after recuperating from amputation surgery to save her life. 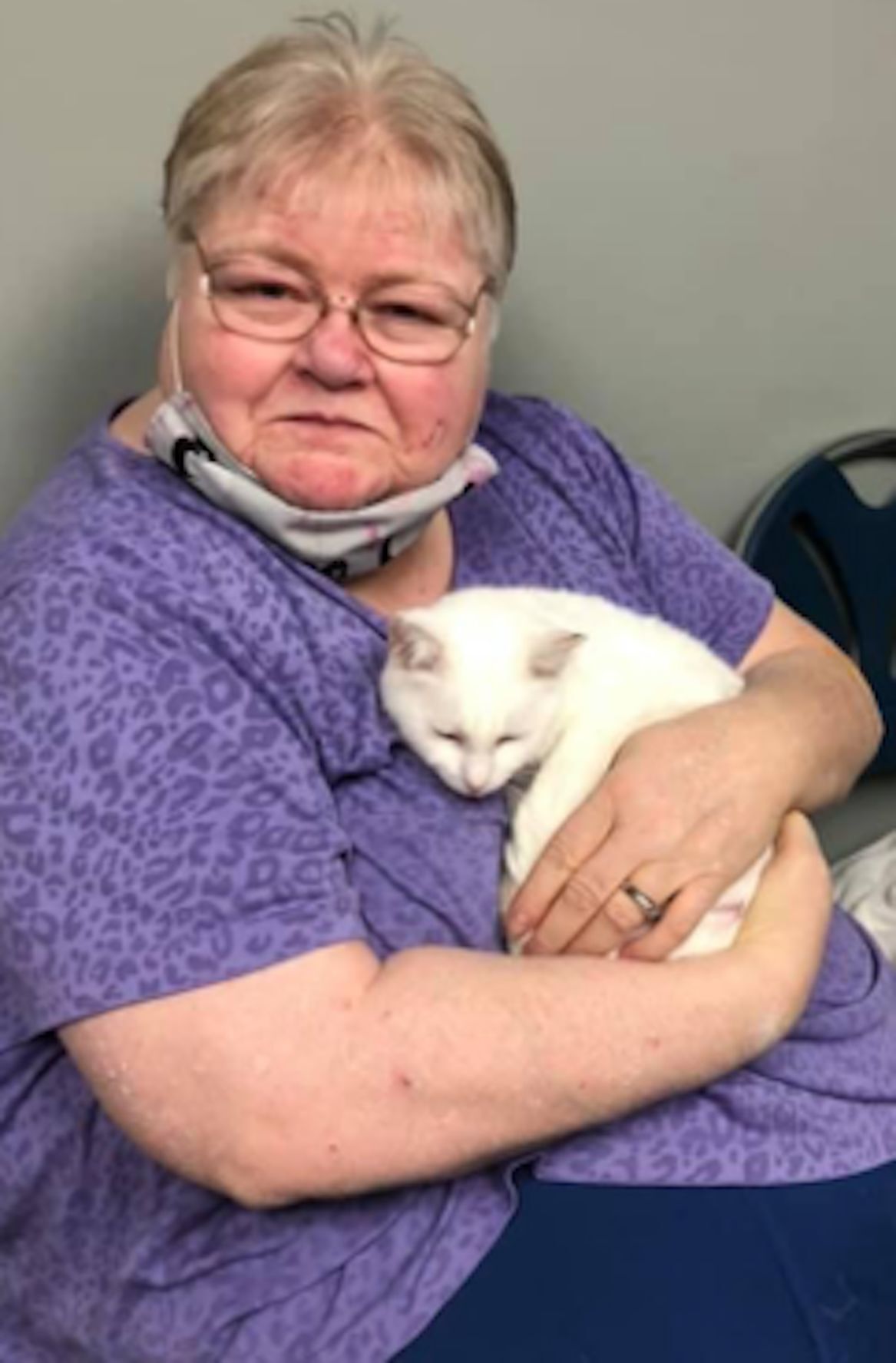 Netah Roberts is reunited with her lost cat, Pippa.

Pippa, at County Seat Veterinary Clinic after recuperating from amputation surgery to save her life.

Netah Roberts is reunited with her lost cat, Pippa.

PRINCETON — A summer wander away from her home on Princeton’s south side put Pippa in extreme danger.

Pippa is deaf. Safe at home with owner Netah Roberts, her special needs were taken into consideration.

But when Pippa strayed from her home in June, it meant months of uncertainty for Roberts, and near death for the cat.

Roberts said a Good Samaritan found Pippa, who had fallen into her swimming pool, and took the badly injured cat to County Seat Veterinary Clinic. The cat’s leg was mangled and she was in such bad shape that veterinarian Dr. Sarah Stewart Bailey initially thought euthanasia was the only option.

But the veterinarian instead amputated a hind leg, and Pippa,over the next few months, was nursed back to stable enough health that she could be offered to a foster family.

County Seat posted photos of Pippa to the clinic’s social media page, and that’s where friends of Roberts, who had posted pictures of Pippa on Gibson County Animal Services’ lost and found page, saw the cat and made the connection.

Roberts said she had made the rounds of local veterinary clinics to inquire about Pippa in June, but the cat didn’t show up at County Seat until September.

A fight broke out between lawmakers. Pig guts were thrown

Canada's 'Atlantic bubble' has been a sanctuary. But it may be bursting soon

She was reunited with Pippa Nov. 10 at the veterinary clinic. “To me, it’s just such a good case of God leaving the 99 and going after the one in need,” she said. “I’ve got multiple cats, but I missed that one that I raised from a kitten.”

Pippa is home now, settling back in with Roberts and her other cats. “She’s still hiding and acclimating to the house, but she’s doing well. She has a springy jump type of run. I know she’s safe and I know she’s here. This is a miracle. I had grieved, and now she’s back here with me.”

Roberts said the experience gave her pause to think about the GCAS lost and found page, and how it could be more useful if more people shared photos of strays. “Don’t assume that nobody wants that animal,” she said.

She said she’s sending her thanks to the woman who found Pippa and brought her to the veterinarian, as well as the veterinary clinic.

And, she encourages the public to think about adopting a cat, while GCAS offers a special discount on the cost of spay-neuter.