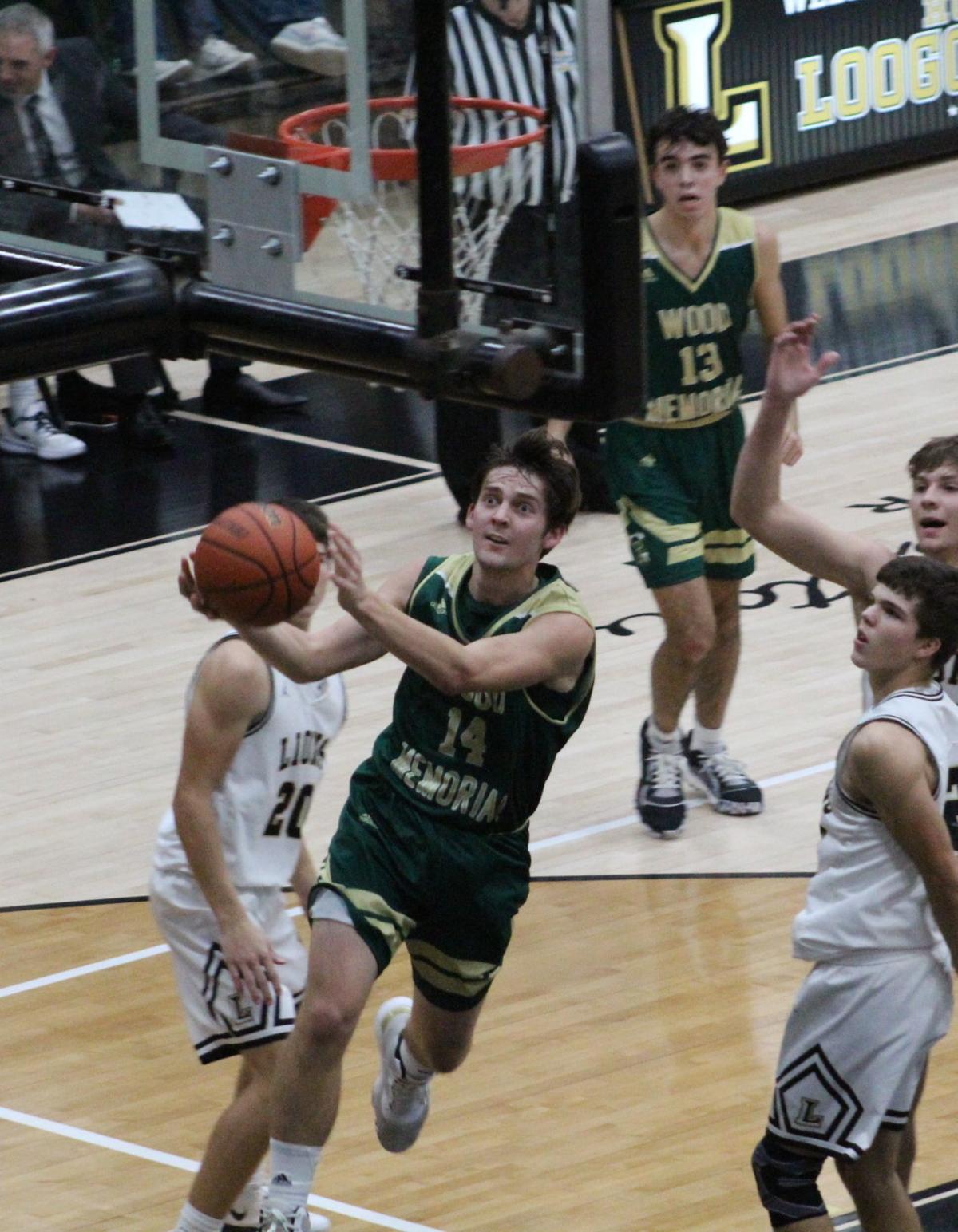 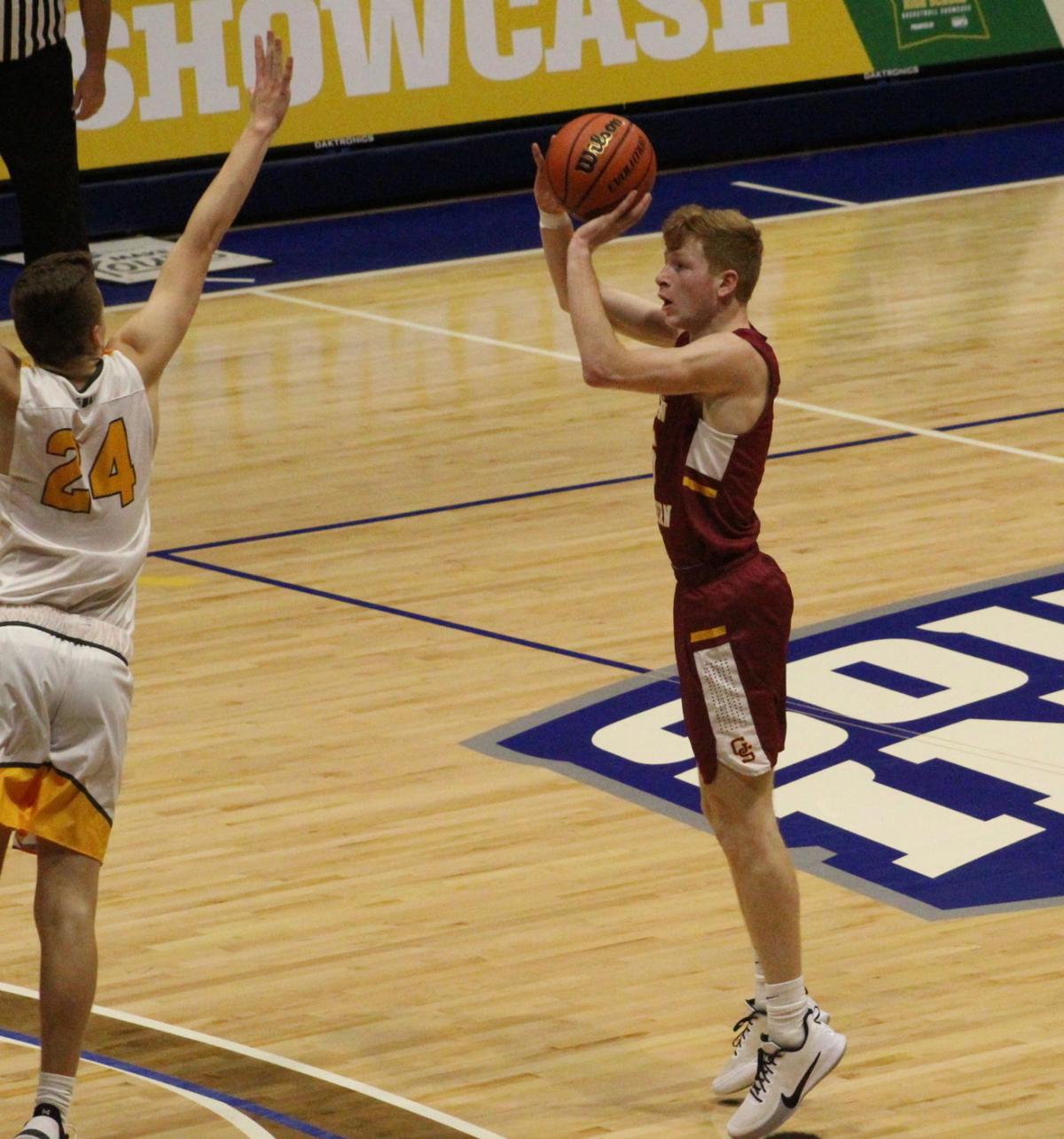 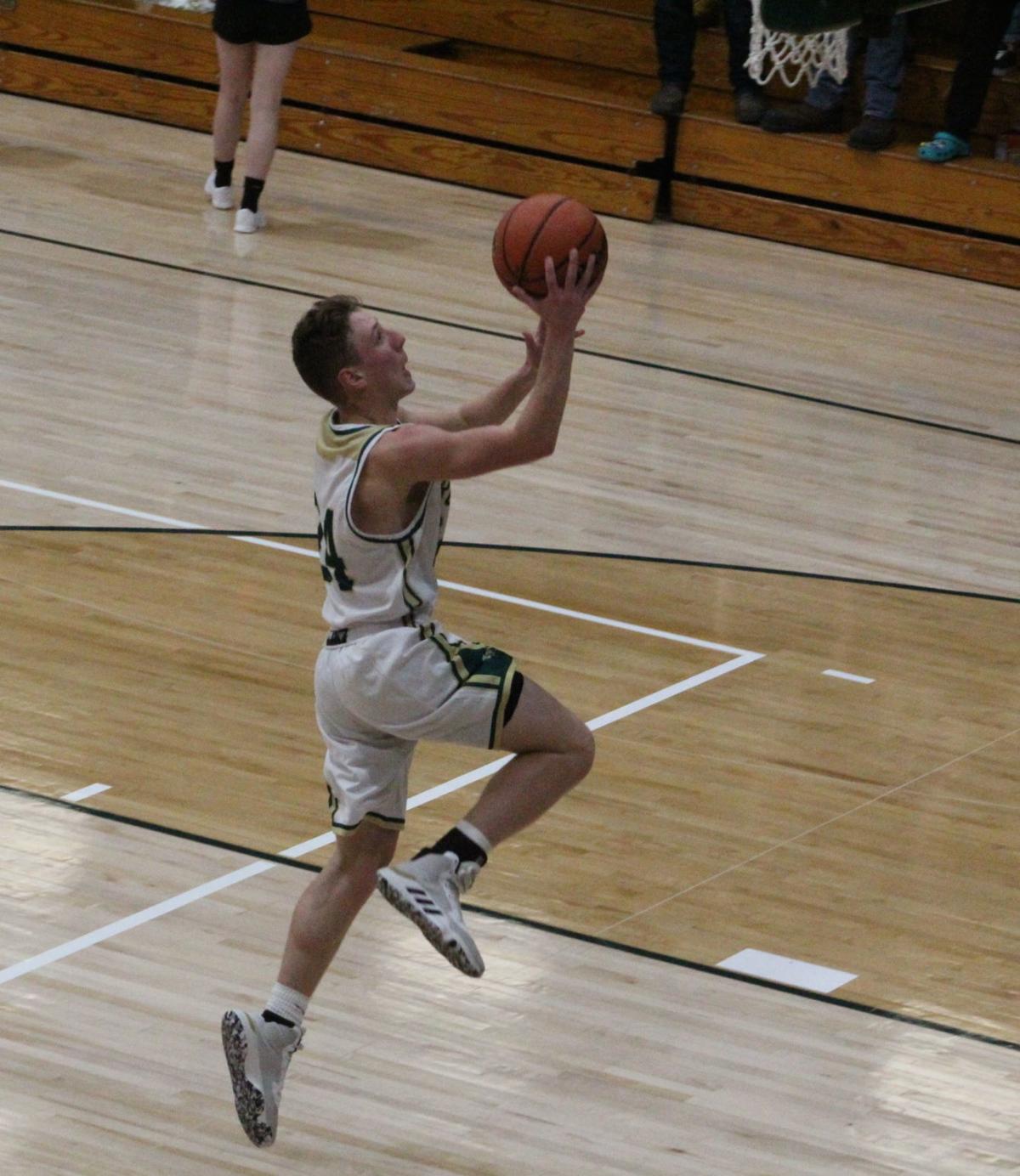 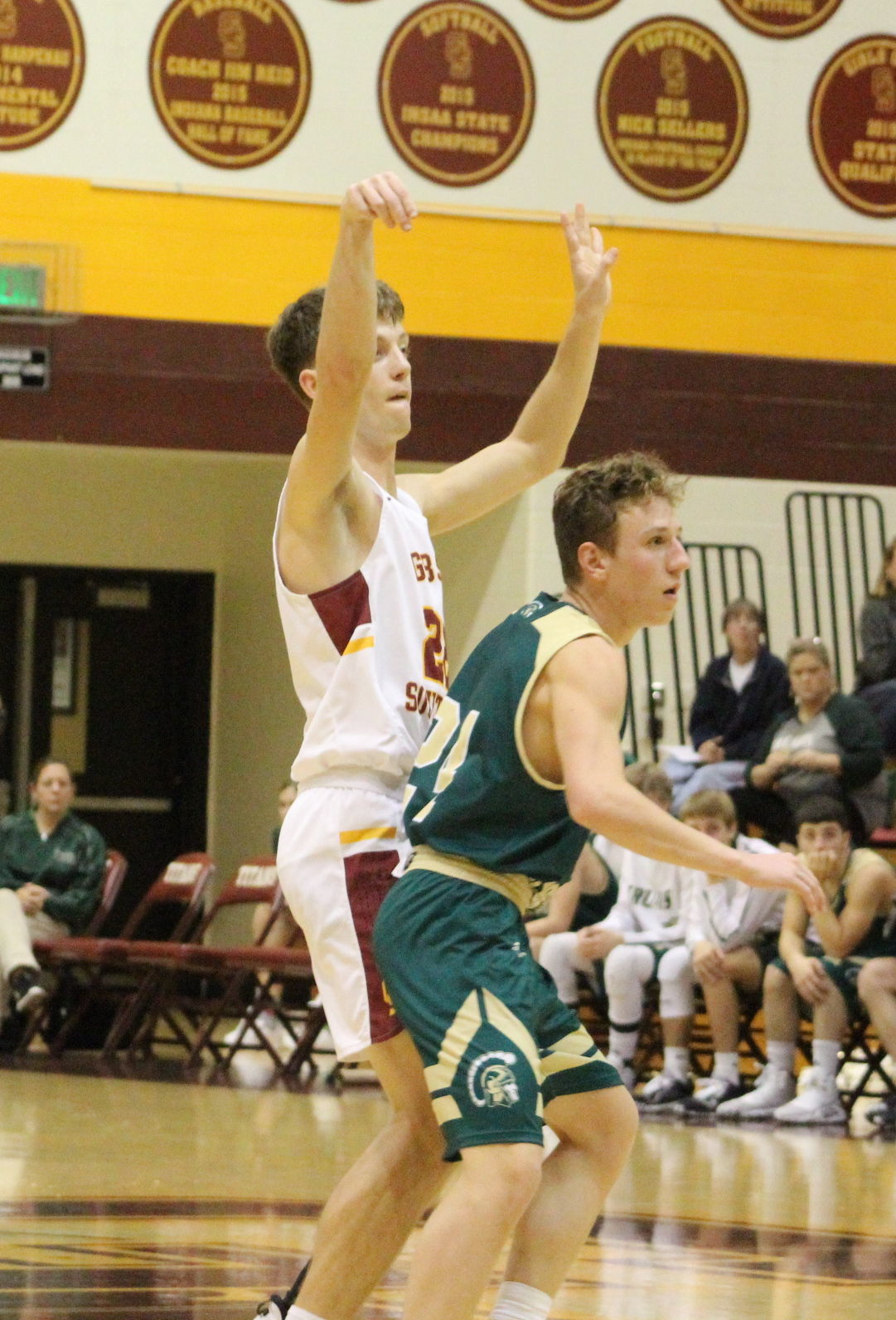 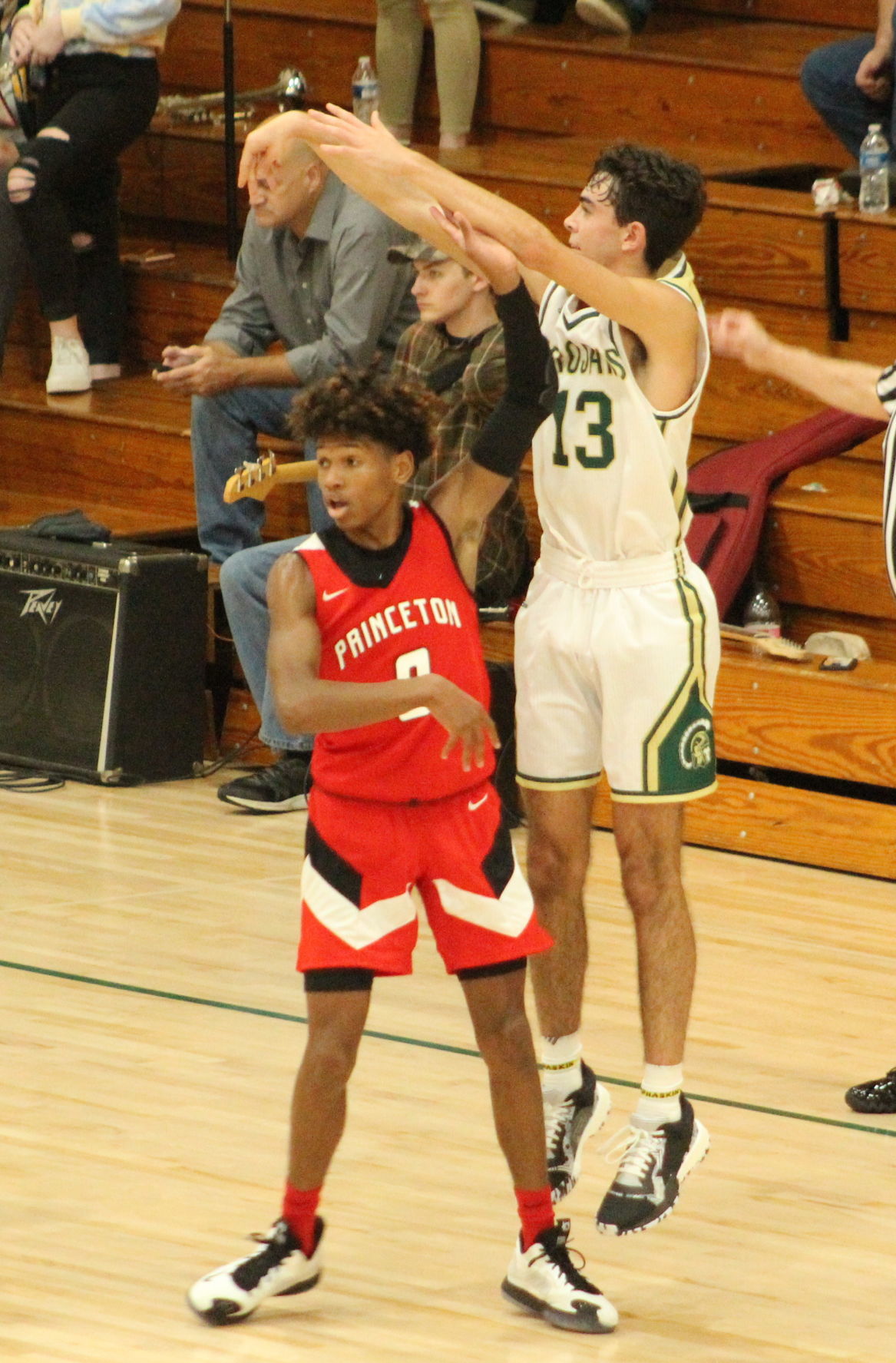 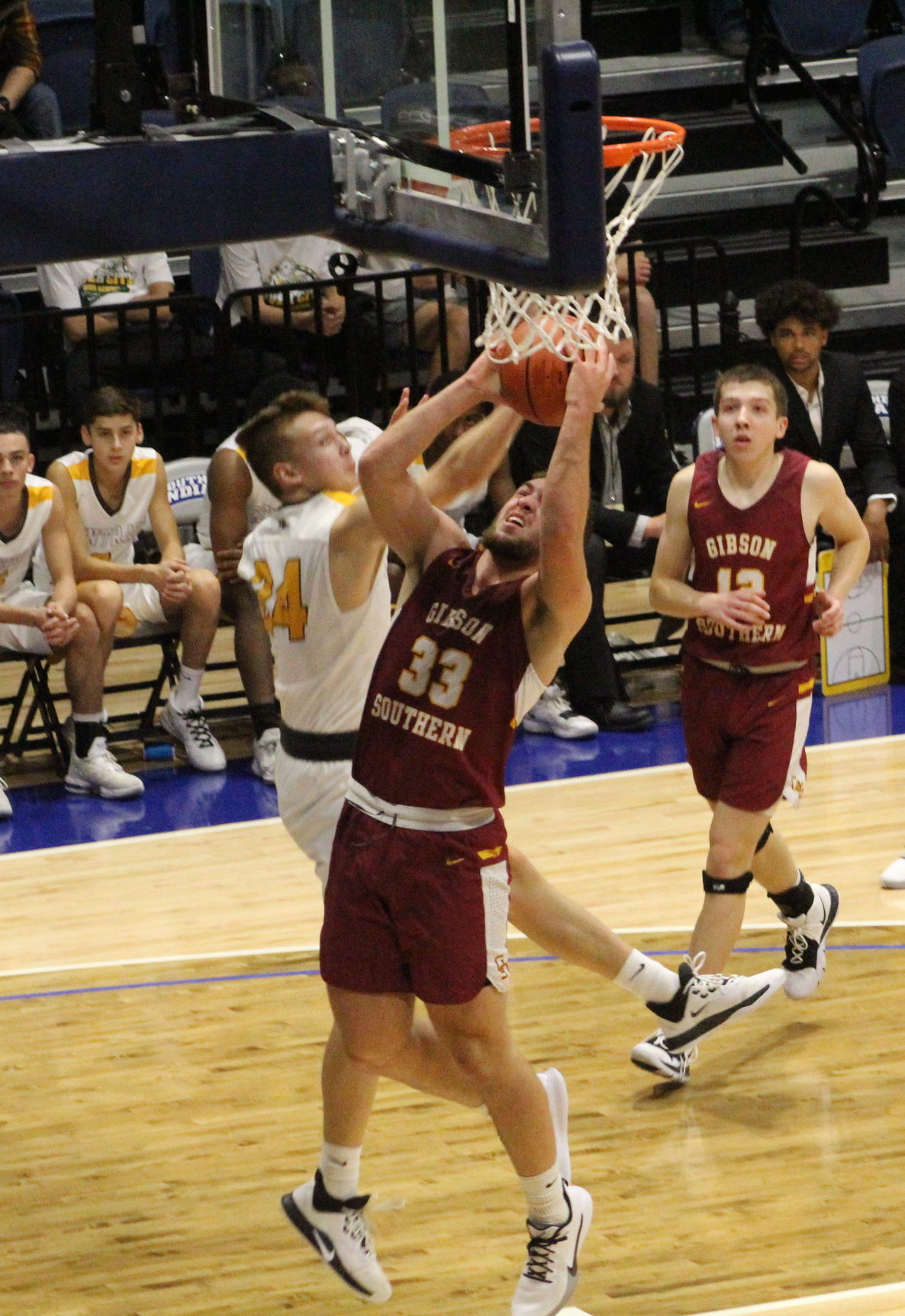 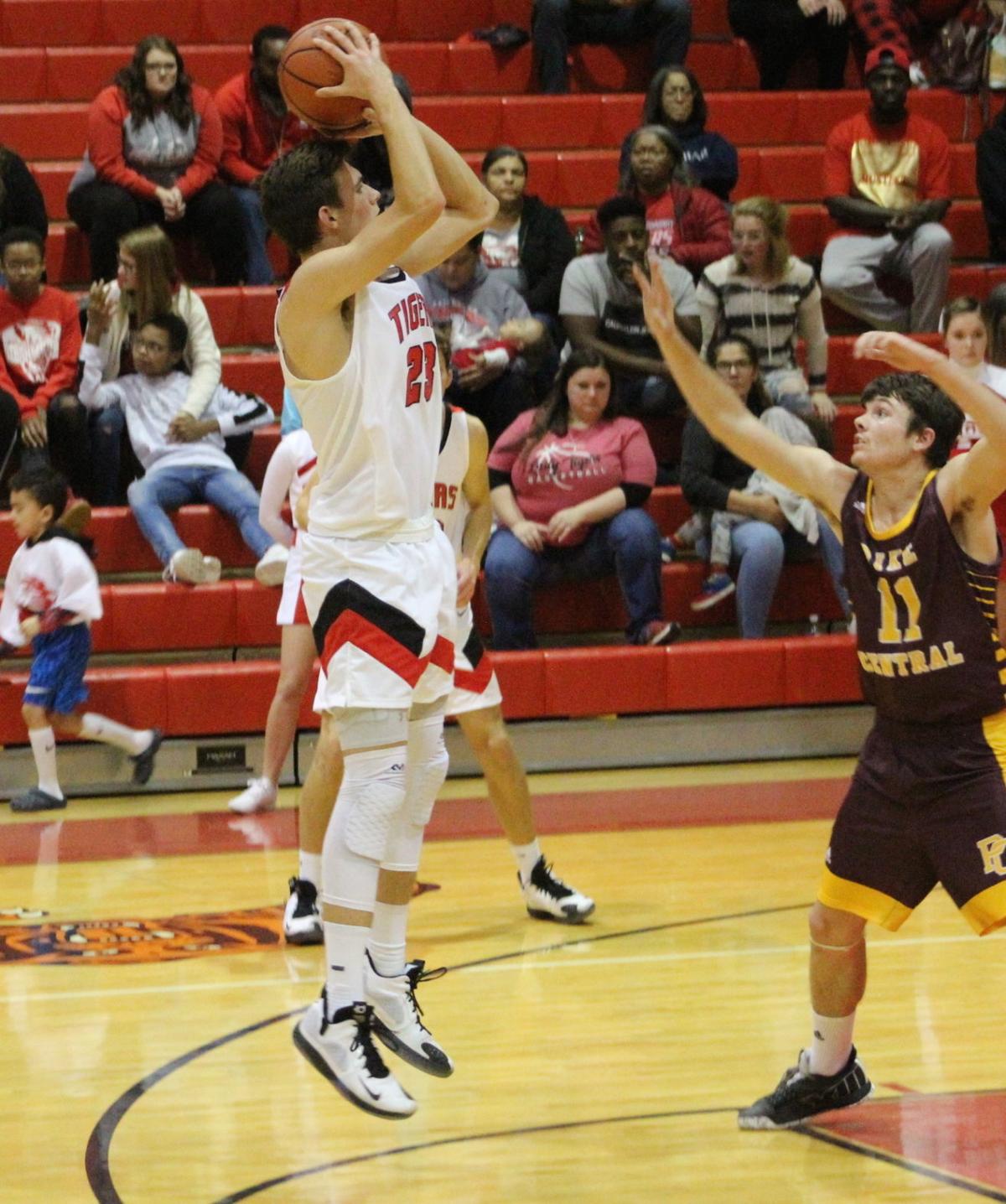 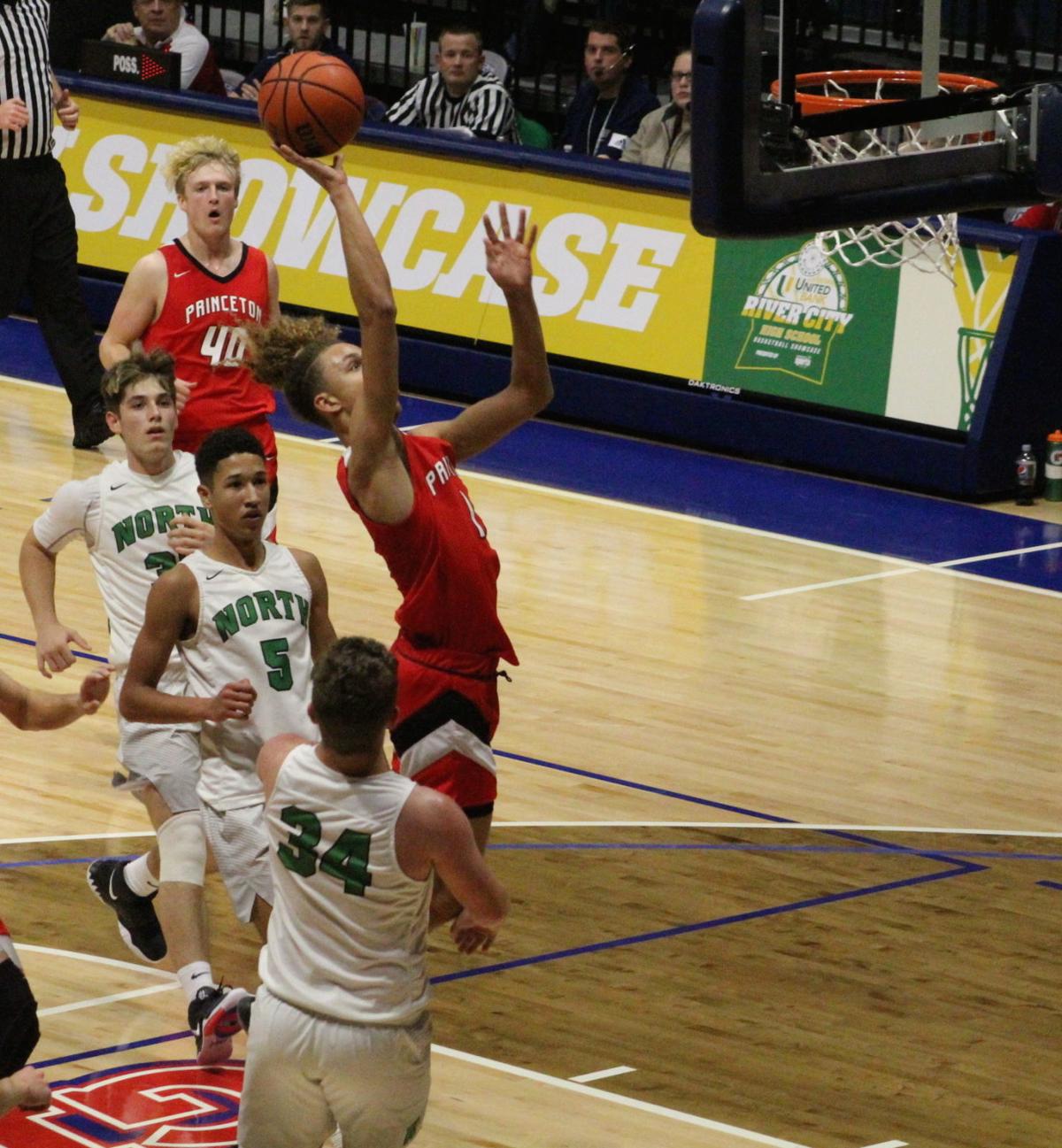 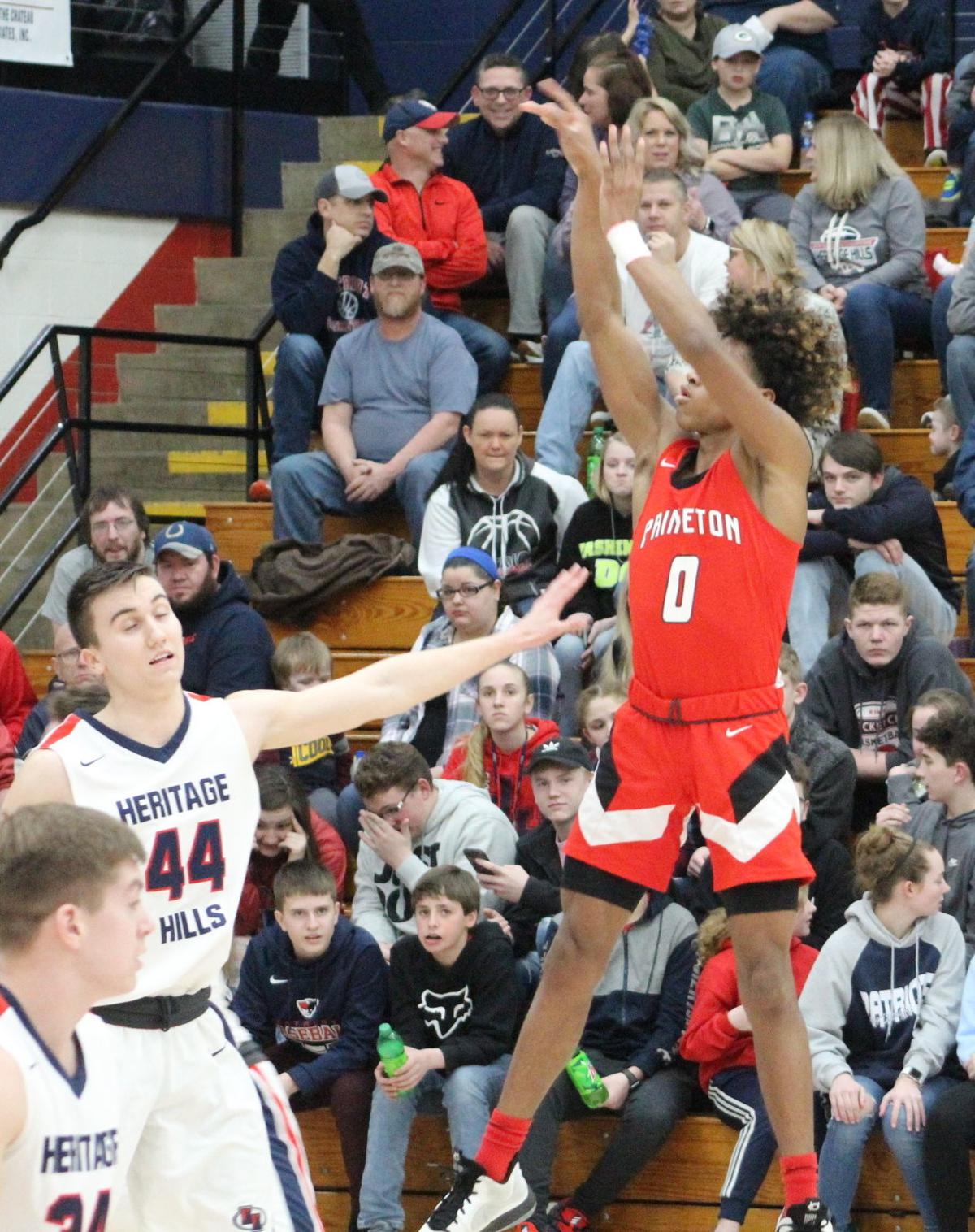 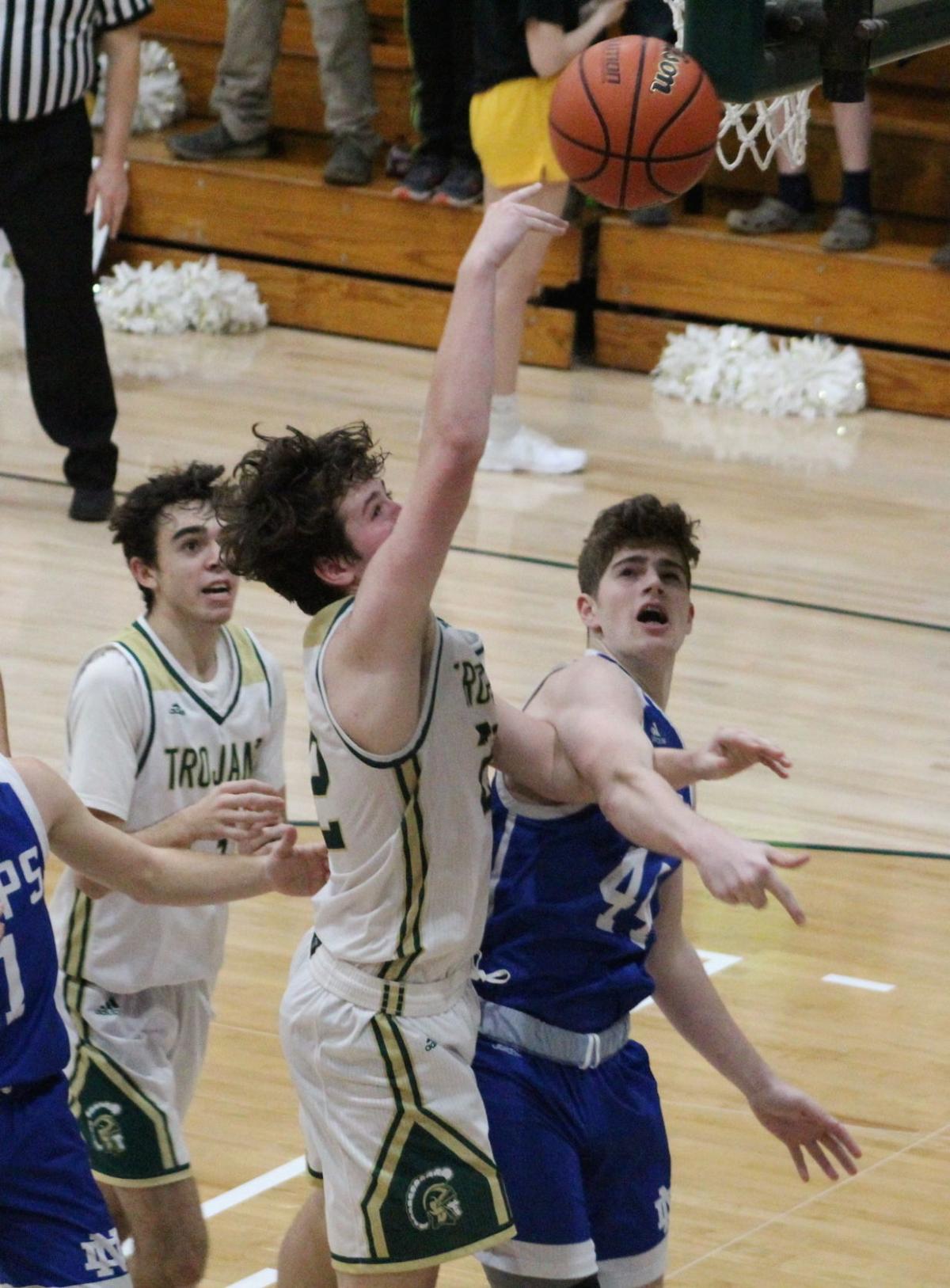 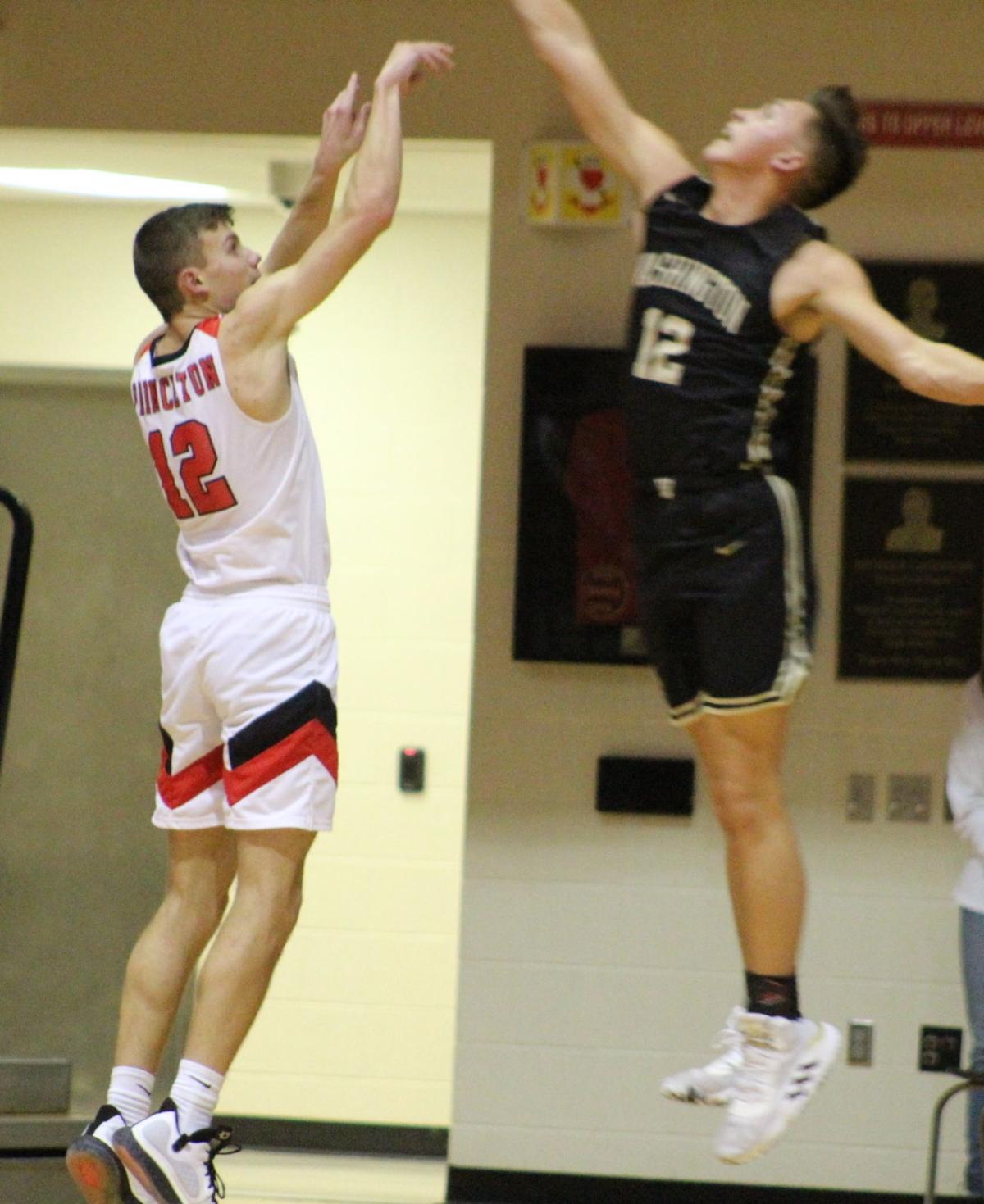 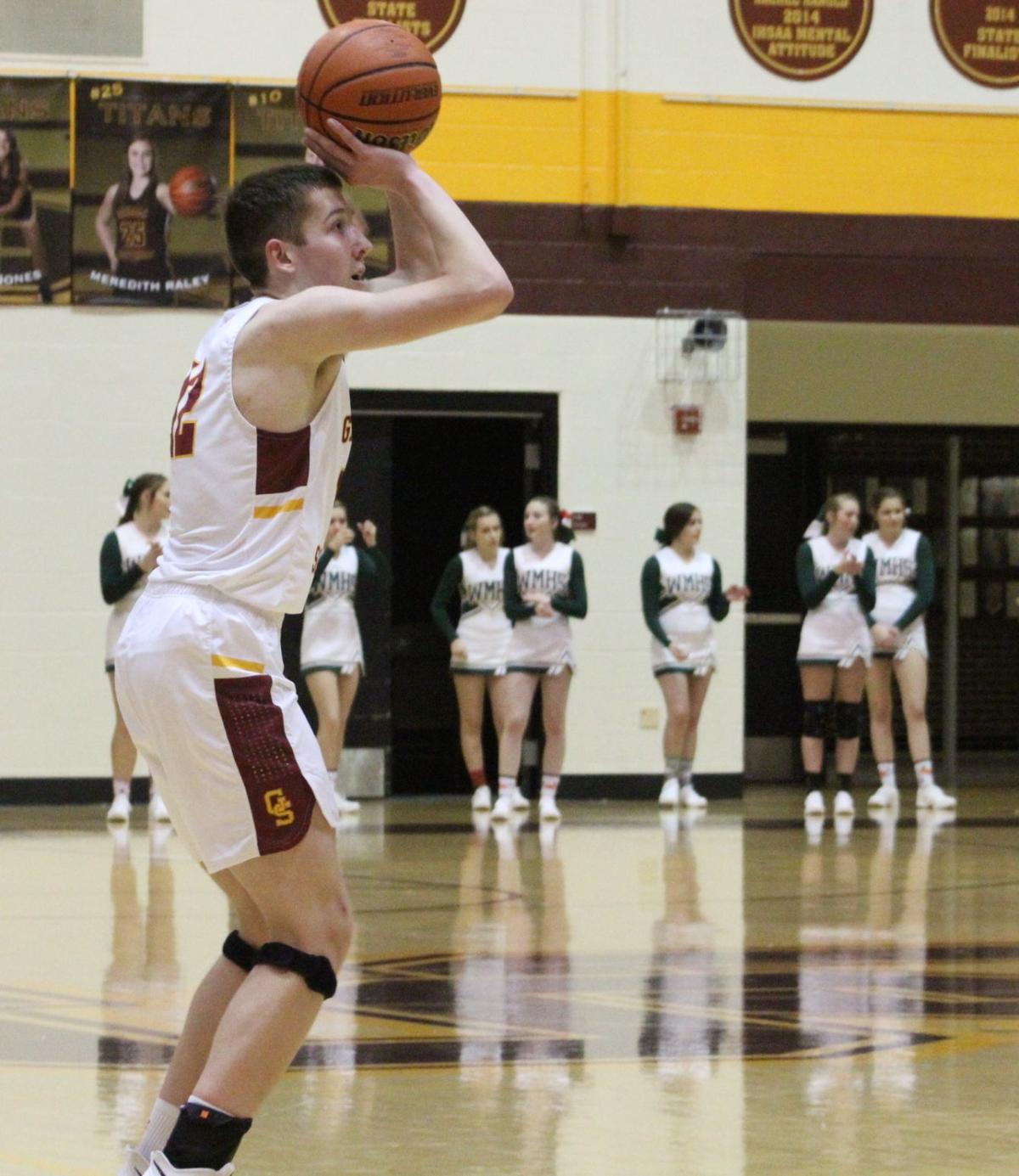 One word can be used to accurately describe the boys’ basketball season this past winter — rollercoaster.

All three local teams had an impressive win or two. All three lost some games they probably should have won. And all three were up and down throughout the season due to injuries and facing other forms of adversity.

It’s only fitting that Gibson Southern, Princeton Community and Wood Memorial each landed a quartet of players on the 2019-20 Daily Clarion All-Area Team.

JURRIEN BALLARD — A promising start to the season suddenly took a turn for the worse when the Tigers starting guard went down with a broken left wrist in a loss to South Knox in early January. In his absence, Princeton won just one of seven games without the dynamic playmaker on the court.

Ballard returned to the floor over the final few games of the season and finished the year by averaging 12.3 points per game. The junior, who was voted to the All-Big Eight Conference team, led the Tigers in assists per game at 2.9 and 2.2 steals per contest. He also finished second on the team by pulling down 4.0 rebounds per game.

The junior was recently named to the IBCA Underclass All-State team as an honorable mention selection.

CARSON BRINDLE — The Titans’ sophomore finished third on the team in scoring with just over eight points per game. Brindle did most of his damage from the outside as he connected on 34.1% of his shots from behind the arc — good for second on the team.

The sophomore added 2.8 rebounds per game, in addition to dishing out 30 assists and coming away with 17 steals.

OWEN DAY — Despite being undersized for the position, the Trojans’ post player held his own down in the block. Day was, pound-for-pound, one of the toughest players in the area. He averaged 7.3 points and 3.8 rebounds per game — nearly half coming off the offensive glass.

DOMINIC HARDIMAN — The junior was perhaps the most exciting player to watch on the season. Hardiman’s confidence grew with each time he stepped on the court. He finished the season averaging 10.5 points per game as he proved to be a go-to player down the stretch for the Tigers.

Hardiman, who was selected to the Big Eight All-Conference team for the first time, led the team with 51 total assists and 37 total steals, in addition to pulling down 3.7 rebounds per game.

COLLIN HOLZMEYER — One of two seniors on the team, the sharp-shooting Tiger led PCHS by connecting on 38% of his shots from distance.

Holzmeyer netted 9.1 points per game to go along with 2.9 rebounds per contest — including a team-best 29 offensive boards.

LOGAN KEEKER — The Wood Memorial senior finished the season strong as he averaged 7.7 points per contest and 2.9 rebounds per game.

Keeker’s biggest play of the season came in the final seconds against county rival Gibson Southern as he knocked down a jumper for the game-winning shot.

The senior made 40% of his 3-point attempts on the season and hit 73.5% of his shots from the charity stripe.

ADAM MAY — The Titan senior battled through an ankle injury over the last few weeks of the season and averaged 6.5 points per game.

Much like the Trojans’ Day, the Titan played out of position most of the season. He added 5.1 rebounds per game, which was second on the team, in addition to handing out 28 assists and coming up with a dozen steals.

AIDAN NEEL — When the Titan lefty was on from the outside, Gibson Southern could play with the best teams around. The senior led the team with 39 made shots from distance as he connected at a clip of 34.2%.

Neel finished the season second on the team with 9.1 points per game. The senior added 3.1 rebounds and led the team in assists (55), steals (30) and blocked shots (7).

He was named to the All-Pocket Athletic Conference team as an honorable mention selection.

GRIFFIN PARKE — The Wood Memorial junior is another player who finished the season strong. Parke led the Trojans in scoring with 10.7 points per game in addition to pulling down 3.3 rebounds per contest.

He also led the team in steals with 1.4 per game in addition to shooting 73% from the free-throw line.

Parke finished 13th in all-conference voting in the Blue Chip Athletic Conference which was one spot away from making the 12-team first-team list. The conference did not have an honorable mention team this season.

MITCH SPINDLER — The Titan senior brought is football toughness mentality from the football field onto the court this season. Spindler led the Titans in scoring with 10 points per game and pulled down a team-best 5.6 rebounds per contest.

He also led the team in charges drawn as he forced 14 on the season.

For his efforts on both ends of the court, Spindler was named to the PAC All-conference team as an honorable mention selection.

JUSTIN STRICKLAND — It took the Trojan senior a while to get comfortable on the court after having not played since his freshman season. But Strickland quickly adapted into the heart and soul of the team. His 4.2 points and 2.0 rebounds per game does not tell the whole story of what he brought to the court for Wood Memorial this season.

Strickland could do damage on offense by knocking down corner 3-pointers and on defense, he recorded 2.1 deflections which led to 1.3 steals per game.

RHETT THOMPSON — Despite being the main focal point of opposing teams in the second half of the season, the junior still managed to lead the Tigers in scoring with 12.8 points per game — which was also tops in the county.

Thompson also led the team in rebounding with 5.7 boards per game and knocked down 83% of his shots from the charity stripe — which also led the area.

Thompson joined teammates Ballard and Hardiman on the Big Eight All-Conference team and is poised to have an even bigger season next year for the Tigers.