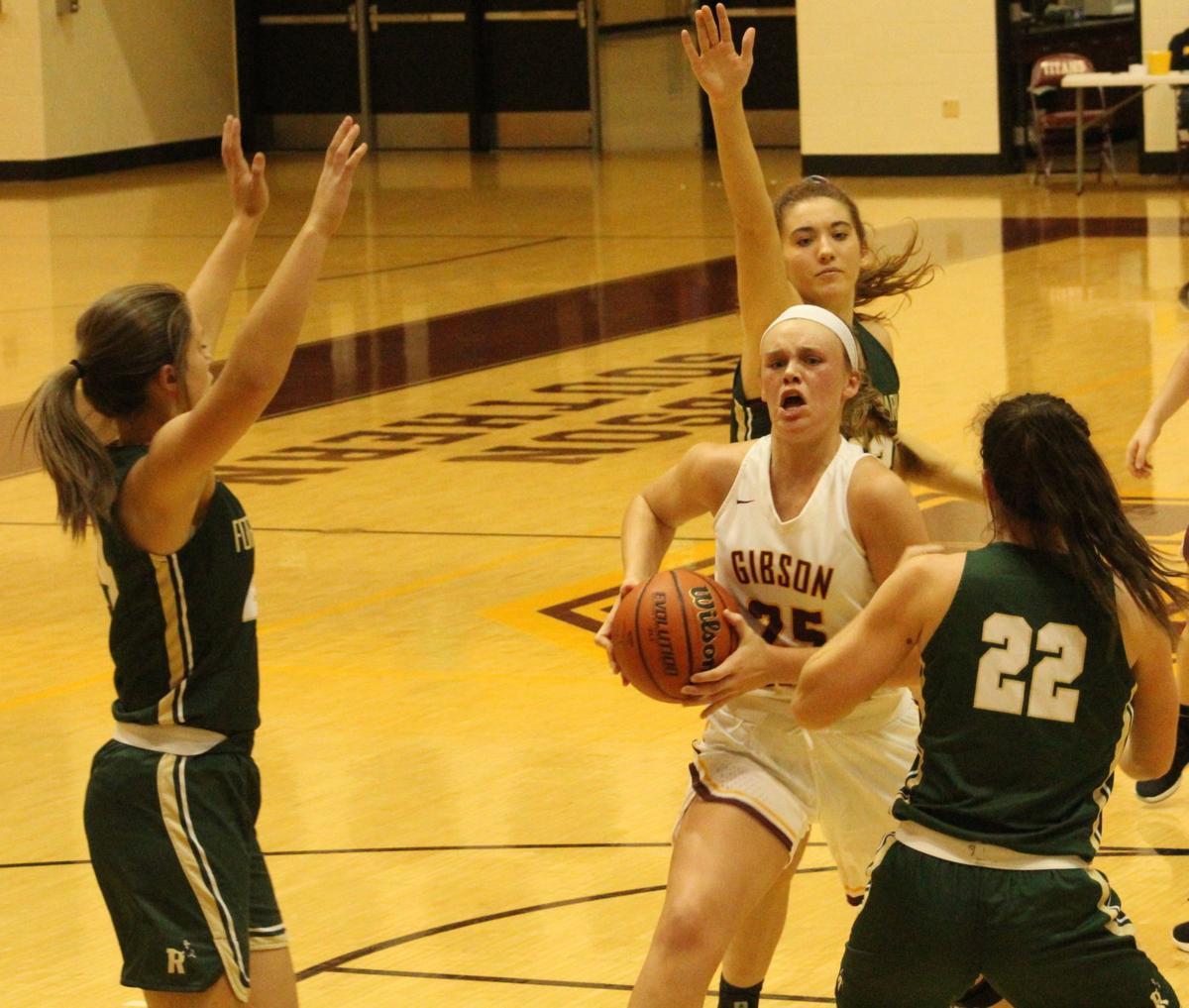 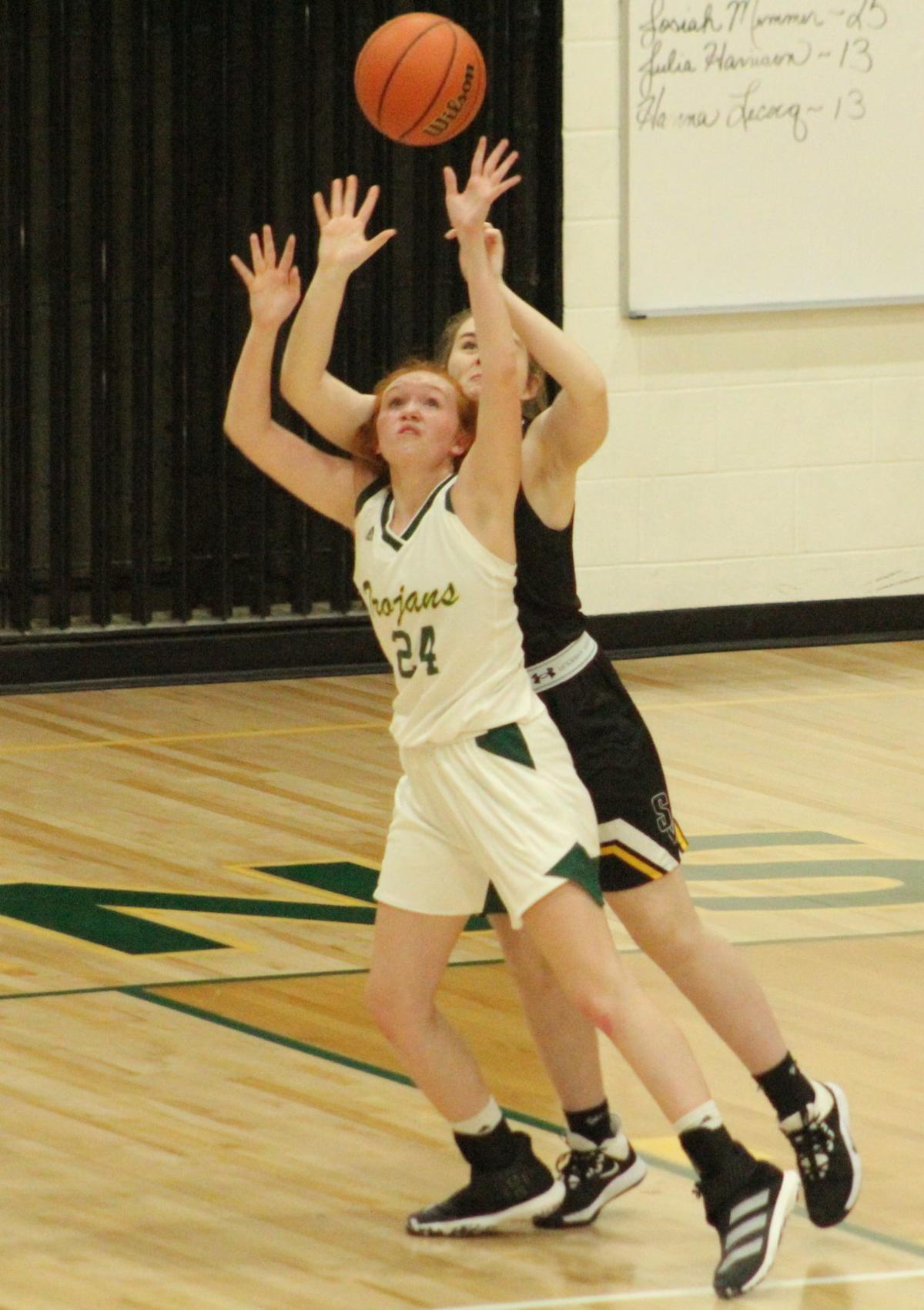 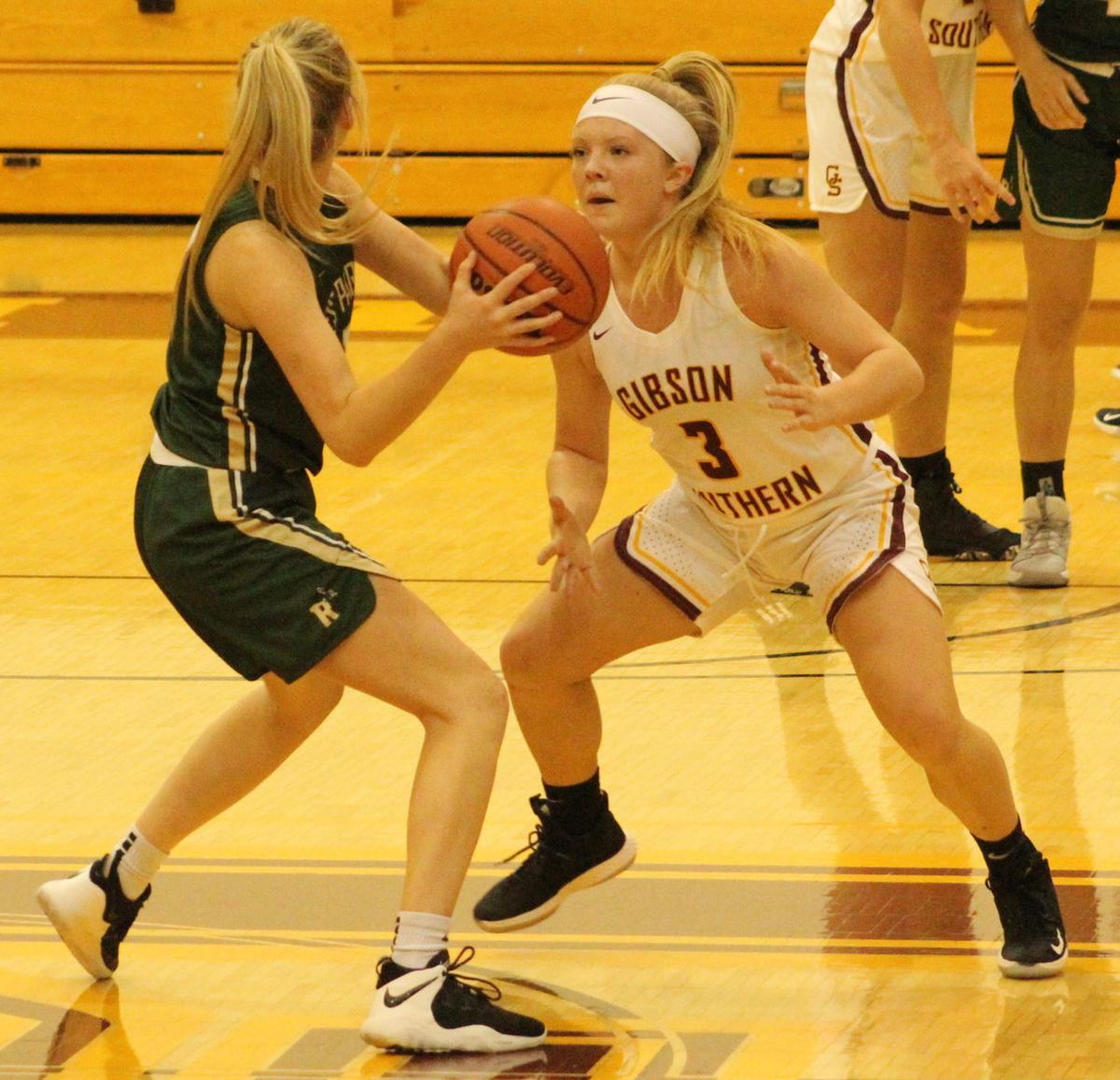 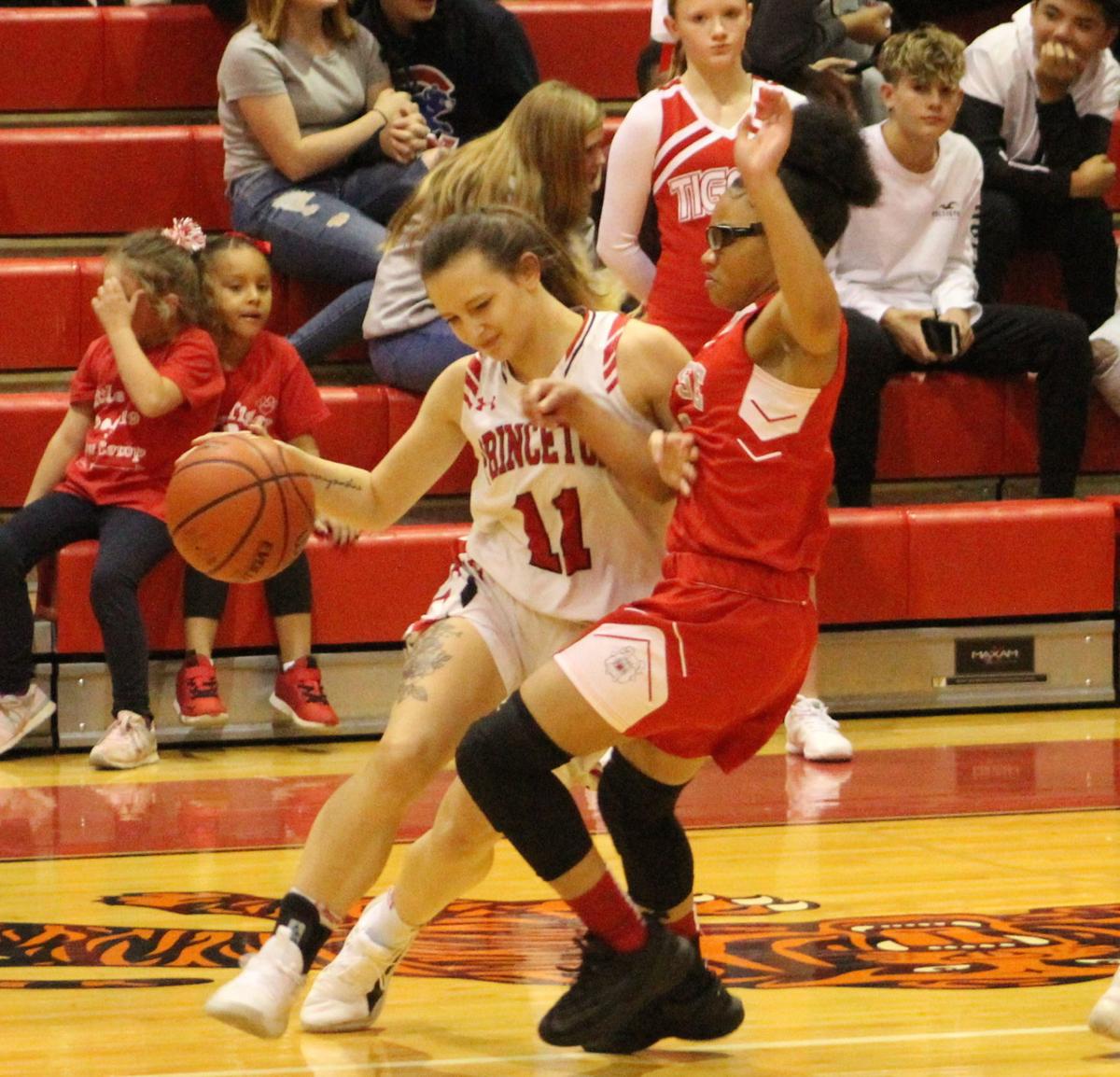 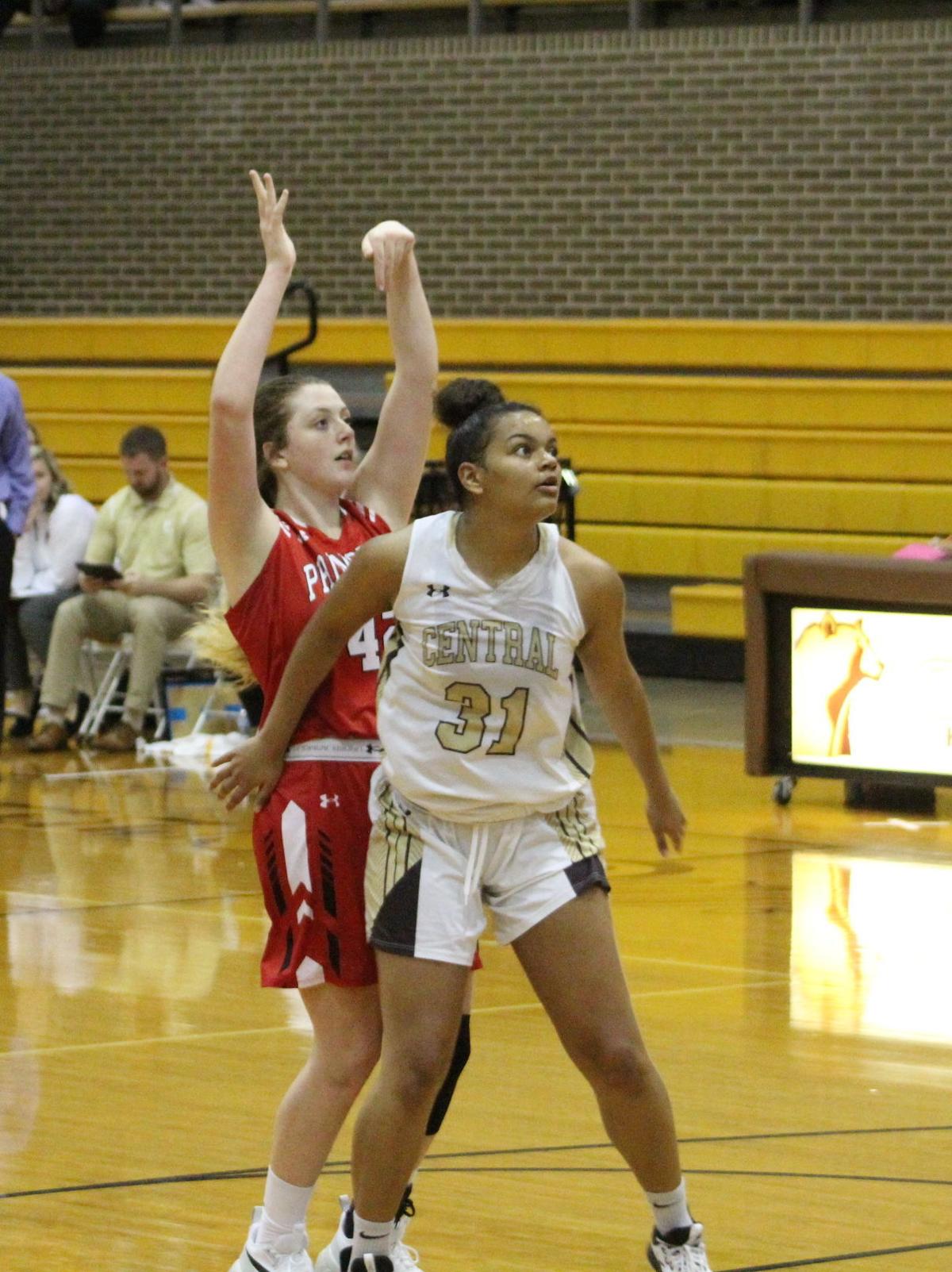 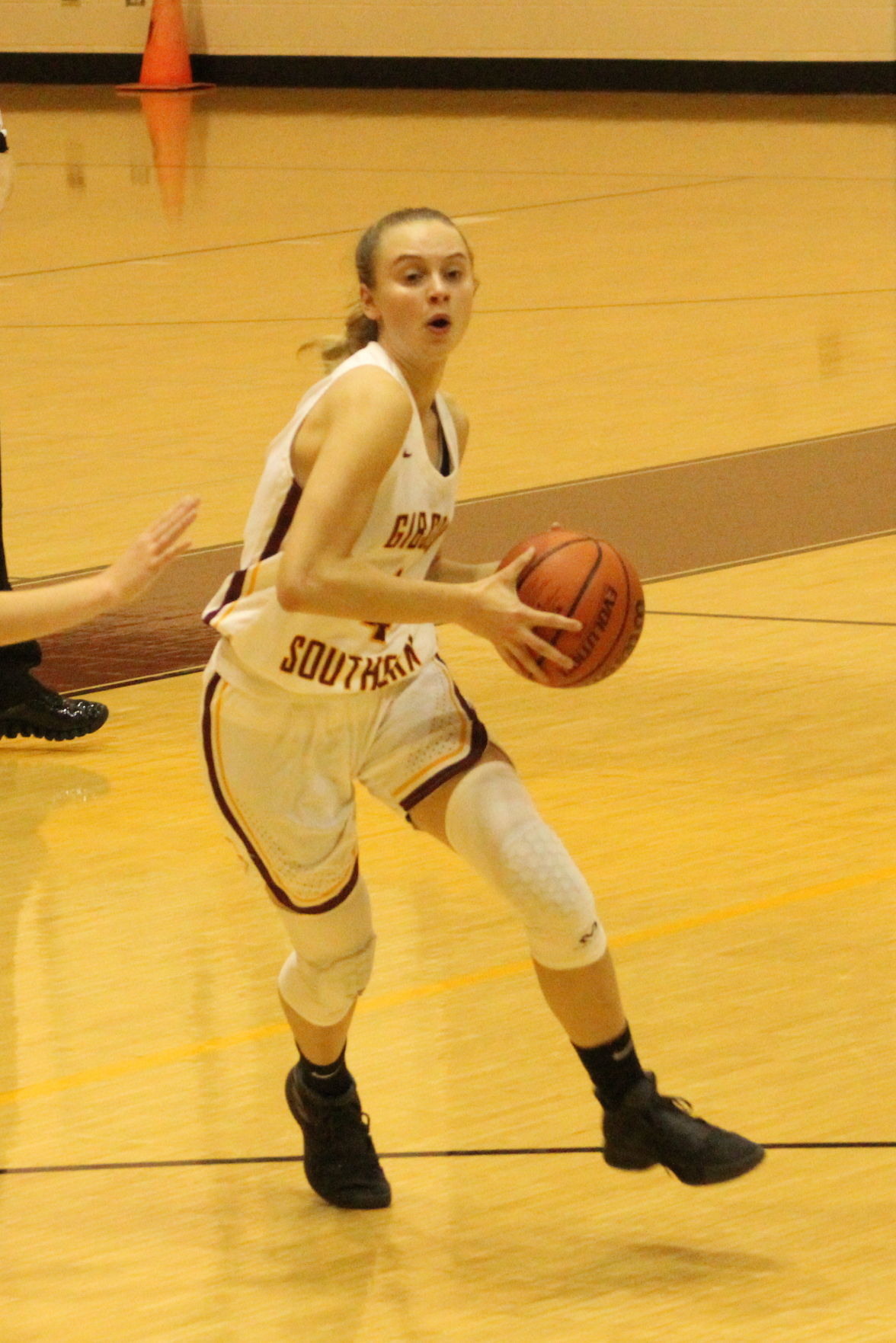 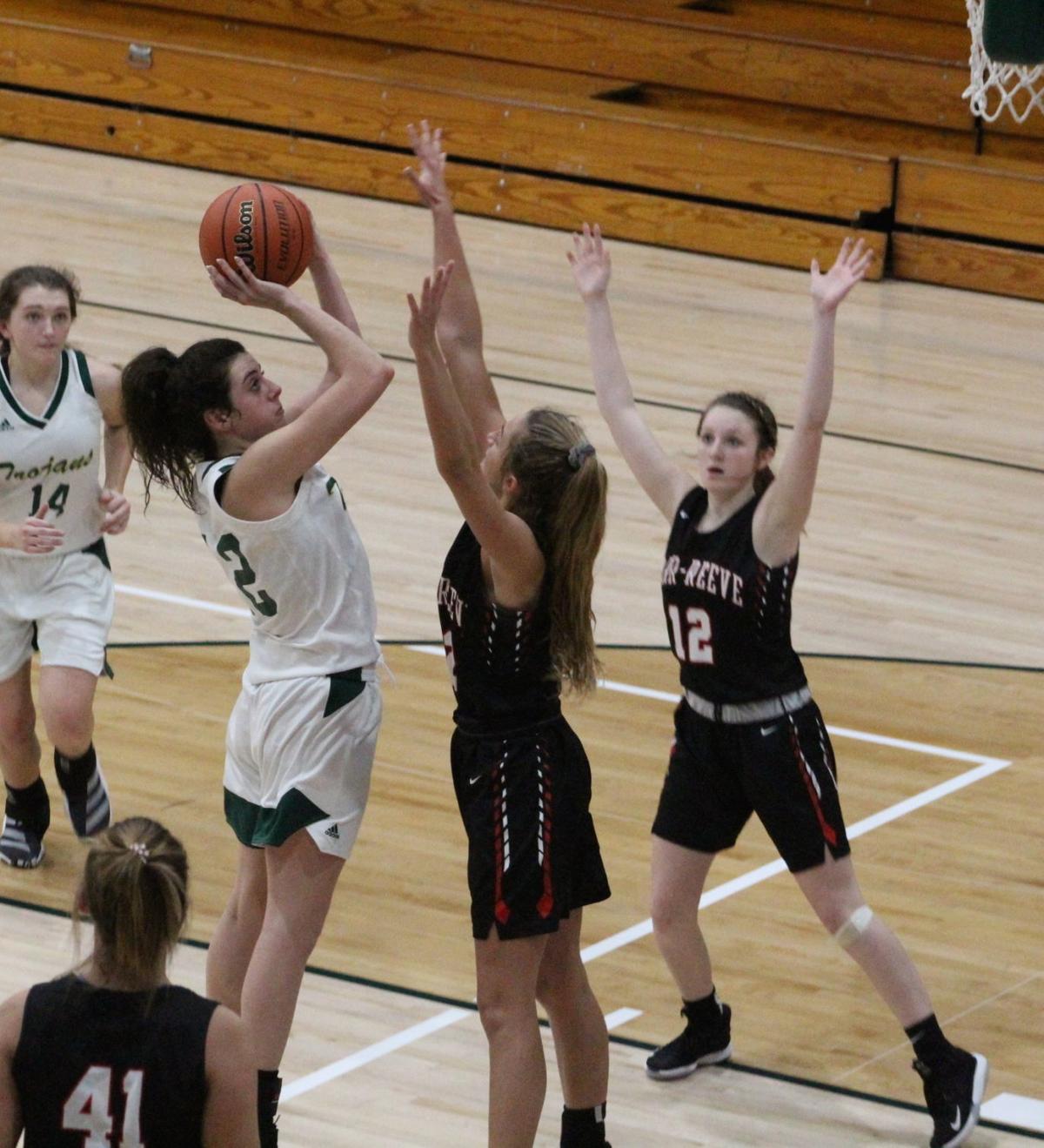 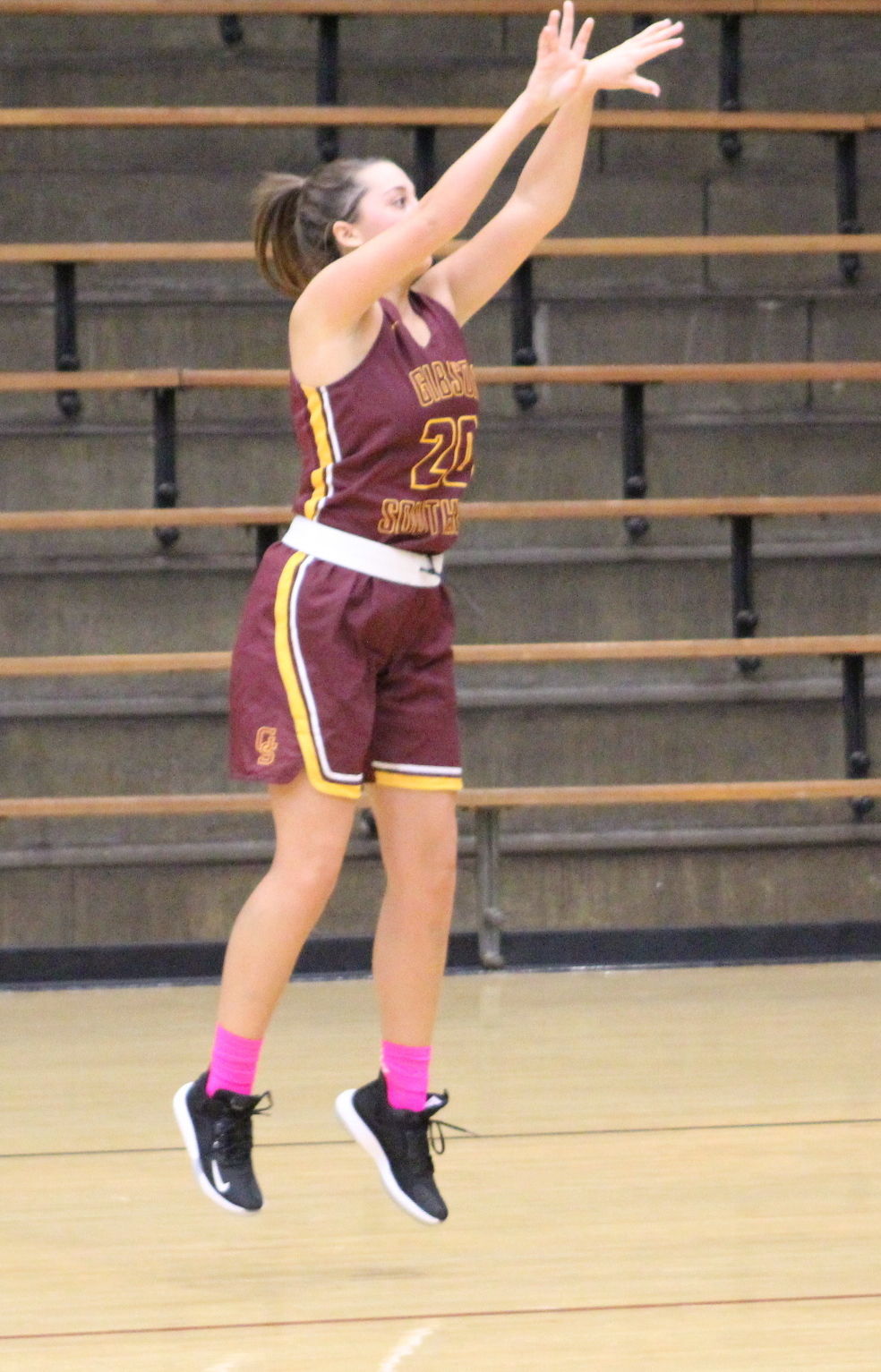 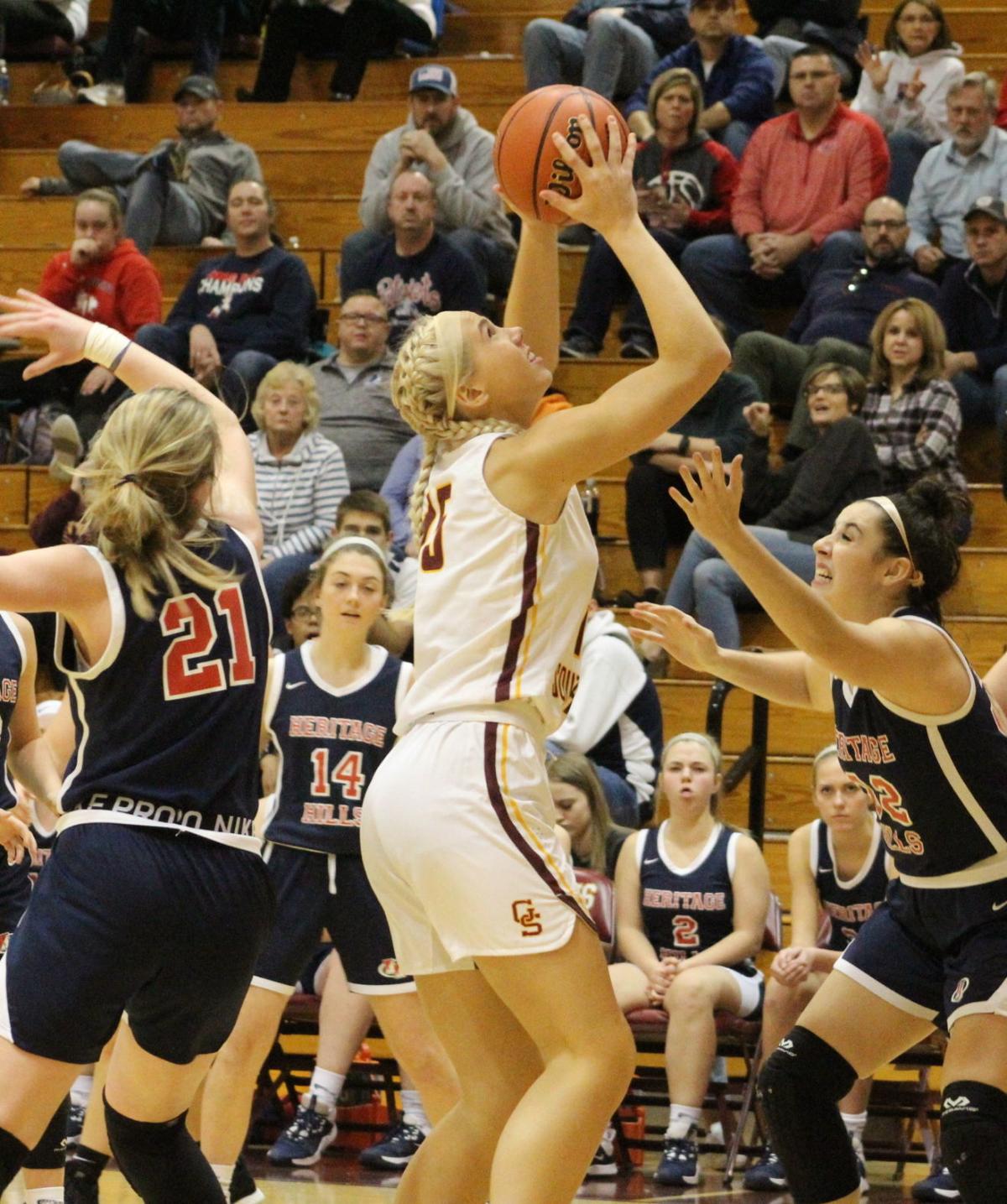 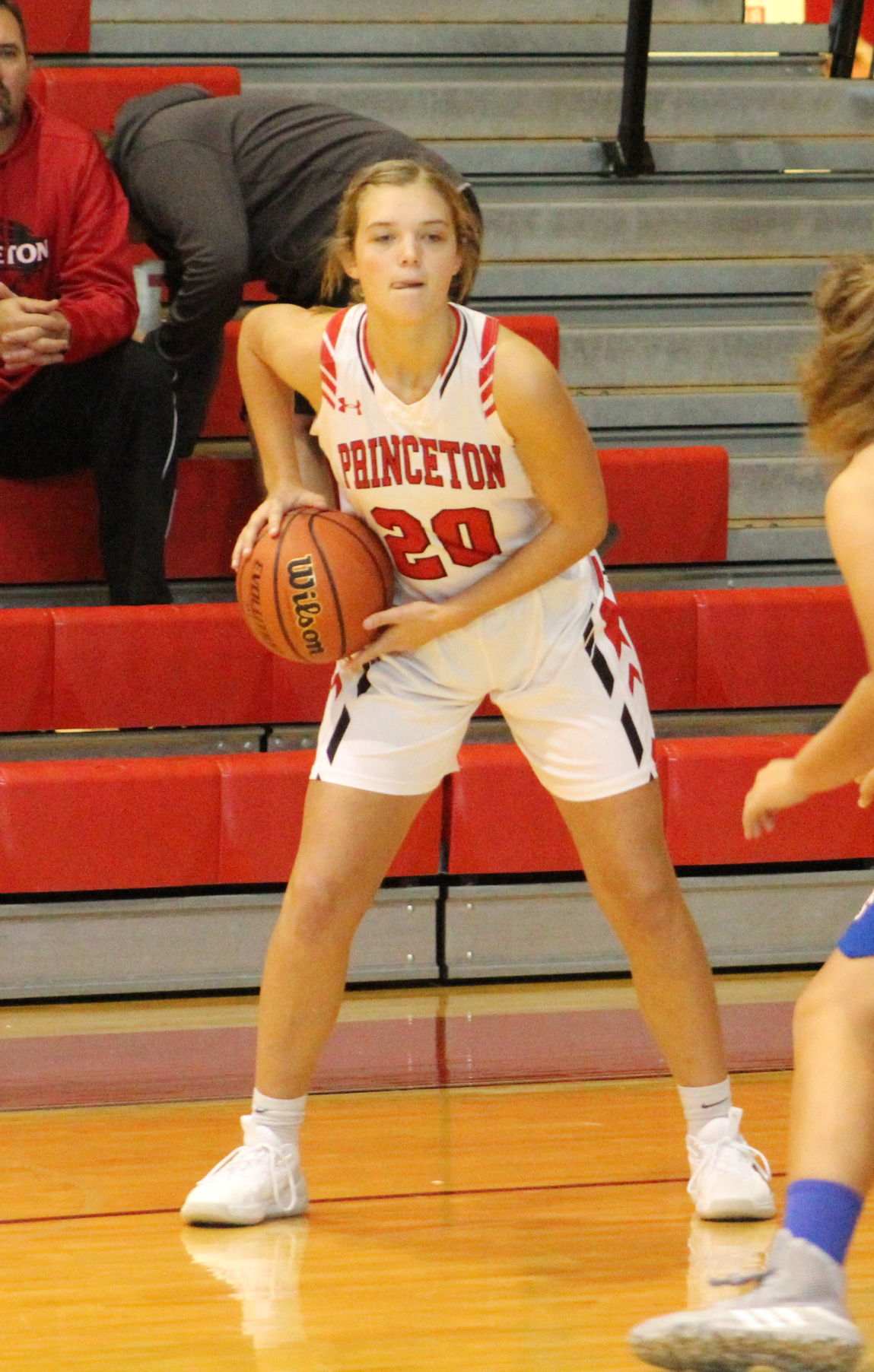 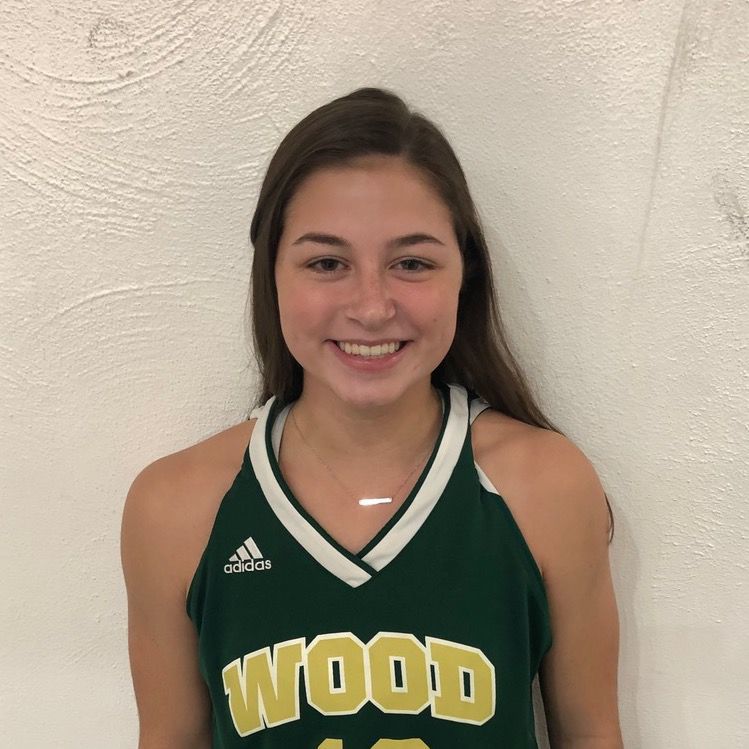 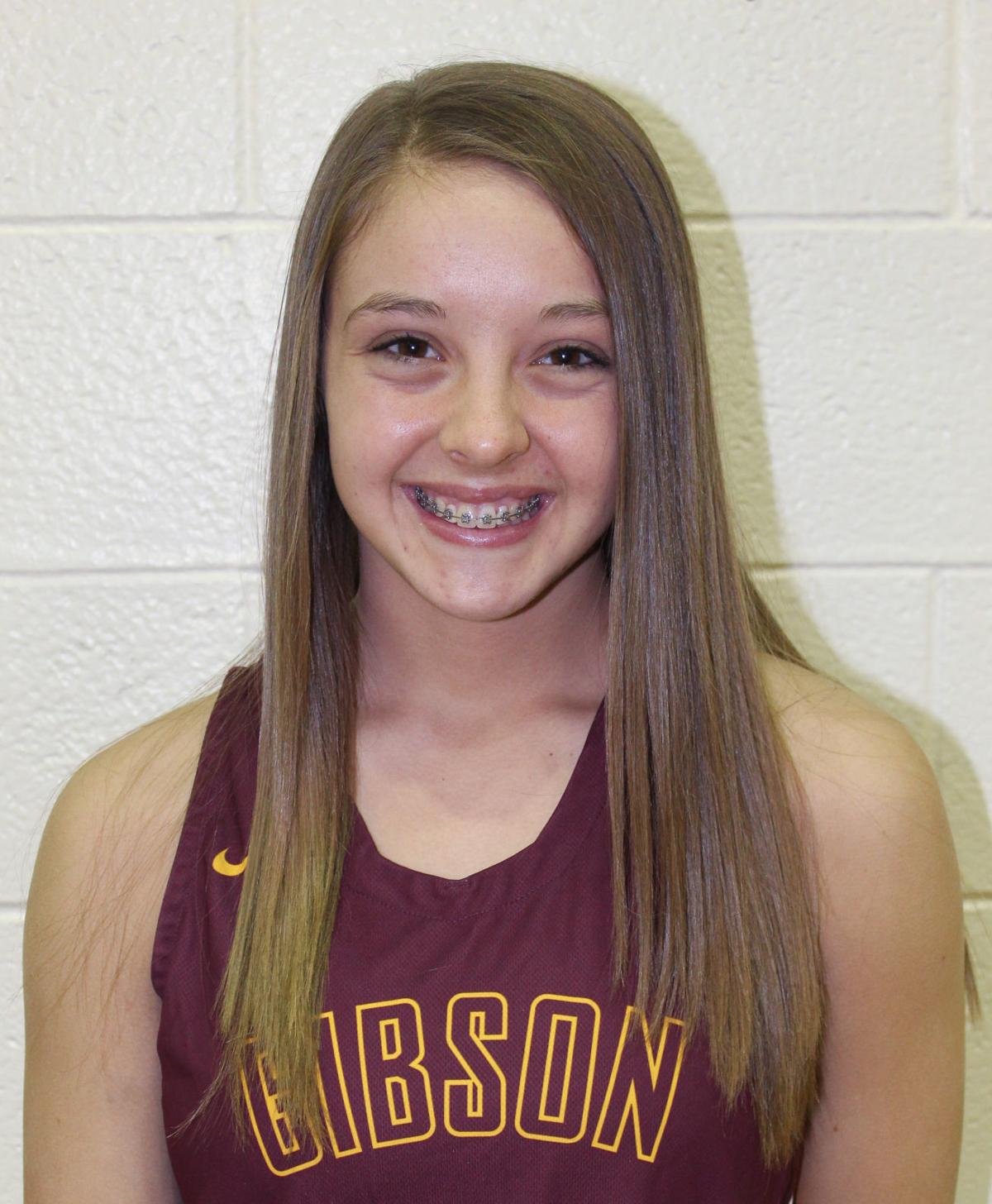 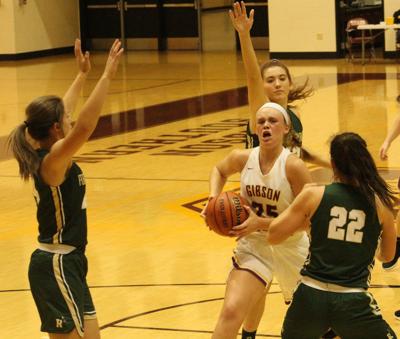 Talent, toughness and a whole lot of grit can be found throughout the rosters of local girls’ basketball programs.

An even dozen of those players made the cut for the 2019-20 Daily Clarion All-Area Basketball Team.

Despite not making a deep postseason run like last year, the Gibson Southern girls’ basketball team lands six players on the all-area team, while Princeton Community and Wood Memorial both had a trio of players.

CORTNEY DOVE — The Princeton Community sophomore flashed signs of becoming the dominant player on the court coach Brittany Maners envisioned. The 6-footer finished second on the Lady Tigers in scoring with 12.4 points per game to go along with a team-high seven rebounds per contest.

Dove recorded a career-high 24 points in an overtime loss to Evansville Reitz in the regular-season finale.

The sophomore scored double digits in 11 games this season.

MACI FOSTER — The word most often associated with this Gibson Southern senior guard was menace. Despite her lack of size, Foster played lock-down defense with the best of them as she proved to be a big problem for opposing players all game long. Stat wise, they were nothing glamourous as she scored 4.8 points per game and pulled down two rebounds per game. Foster did lead the Lady Titans with 2.4 steals per game including coming away with seven swipes in a win over Tecumseh.

In addition to being a first-team All-Pocket Athletic Conference performers, Foster was also an honorable mention academic all-state selection.

MADISON FREDERICK — The Wood Memorial junior was asked to do a little bit of everything for the Lady Trojans this season. Frederick averaged 5.6 points per game to go along with 3.5 rebounds per contest. She led the Lady Trojans with 64 assists on the season and 37 steals.

If there was a loose ball on the floor, Frederick was usually at the bottom of the pile on the floor battling for the ball.

BROOKE GOEDDE — Maybe the most underrated player in the area. Much like her Lady Titan classmate, Goedde did all the little things in a game that does not show up in the box score.

She played great defense and often played out of position on both ends of the court. Leave her open on the baseline and she could knock them down with ease.

The senior averaged just 3.1 points per game, mostly off the bench, in addition to 2.5 boards and 1.4 steals.

KAITLYN JARBOE — Sticking to the underrated and gritty theme, this Lady Trojan checks all of those boxes. Only a slight concussion kept her from the floor this season and even that was for only one game.

Jarboe finished the season averaging just under four points per game to go along with 4.5 rebounds and 1.6 steals per contest. She was often matched up against a player a few inches taller, but she never backed down. Despite her smaller frame, 56 of her 103 rebounds on the season came off the offensive glass.

CLAIRE JONES — If the Gibson Southern sharpshooter was on, the Lady Titans became even harder to defeat. The southpaw knocked down 36% of her shots from the outside as she led the team with 46 triples on the season.

Jones finished the year averaging 8.5 points per game including reaching double digits nine times. She set a career-high 26 points in a win over South Spencer in which she set the Lady Titans’ record of seven made three-pointers in a game.

The senior was the third member of the Lady Titans to be selected as an academic all-state honorable mention pick.

GRACY KEY — This Lady Tigers player had most of her season lost due to a bad ankle sprain. In the limited time on the court, Key averaged 6.5 points per game and 2.3 rebounds per contest. In two of her last three games, she combined for 19 points before leaving with her misfortunate injury against Evansville Central.

With the way Key was playing at the time of her injury, she may have been the missing piece the Lady Tigers needed in the second half of the season.

SYDNEY LAMAR — The senior proved to be the swiss-army knife for the Lady Trojans. Lamar finished second on the team in scoring with 8.0 points per night and led the team in rebounds with 5.3 per game. She also handed out 2.5 assists per game and was third on the team with 34 steals.

Lamar, who will remain in Oakland City to continue her academic and playing career at Oakland City University, was also selected to the Blue Chip Conference all-conference team.

KAMRYN MILLER — The Lady Titans’ junior flashed signs of having a breakout season. The dynamic guard dazzled with a career-high 24 points in a win over Vincennes Lincoln on the road en route to averaging 10.5 points per game for the season. She topped double digits 10 times. Miller also pulled down 4.4 rebounds per game and led the team with 3.4 helpers on the season. She dished out a season-best seven assists in a win at previously unbeaten Mount Vernon.

MEREDITH RALEY — Although she will never admit it, the Gibson Southern senior was never quite 100% healthy on the season. Even with nagging injuries throughout the season, Raley still managed to lead the area in scoring with 16.5 per game. She tallied double-digits in all 20 games played including a season-high 28 in a win at Webster County (Ky.). Her most impressive game of the season came in a win over state-ranked Danville inside the historic Hoosier Gym. The University of Southern Indiana signee tallied 22 points and a season-high 16 boards in the win.

The senior also surpassed the 1,000 career-point milestone on the season and was a first-team All-PAC performer.

TAYLOR SINGER — The sophomore had a coming-out party that lasted all season. Singer came off the Lady Titans’ bench but still managed to tally 8.2 points per game and led the team with 8.5 rebounds and 2.2 blocked shots per game.

With the departure of Raley, Singer looks poised to be the next dominant player in the area.

HANNAH SISK — The Lady Tiger junior surpassed the 1,000-point barrier in the regular-season finale. Sisk tallied a career-high 36 points in that game against Reitz and followed it up with another 36-point outburst in a sectional loss to Sullivan a week later.

The three-time All-Big Eight Conference player led PCHS with 15.8 points per game to go along with 5.6 rebounds, 2.6 assists and 2.0 steals per game.

Sisk scored 10 or more points in 16 games and finished the season shooting 75% from the free-throw line.