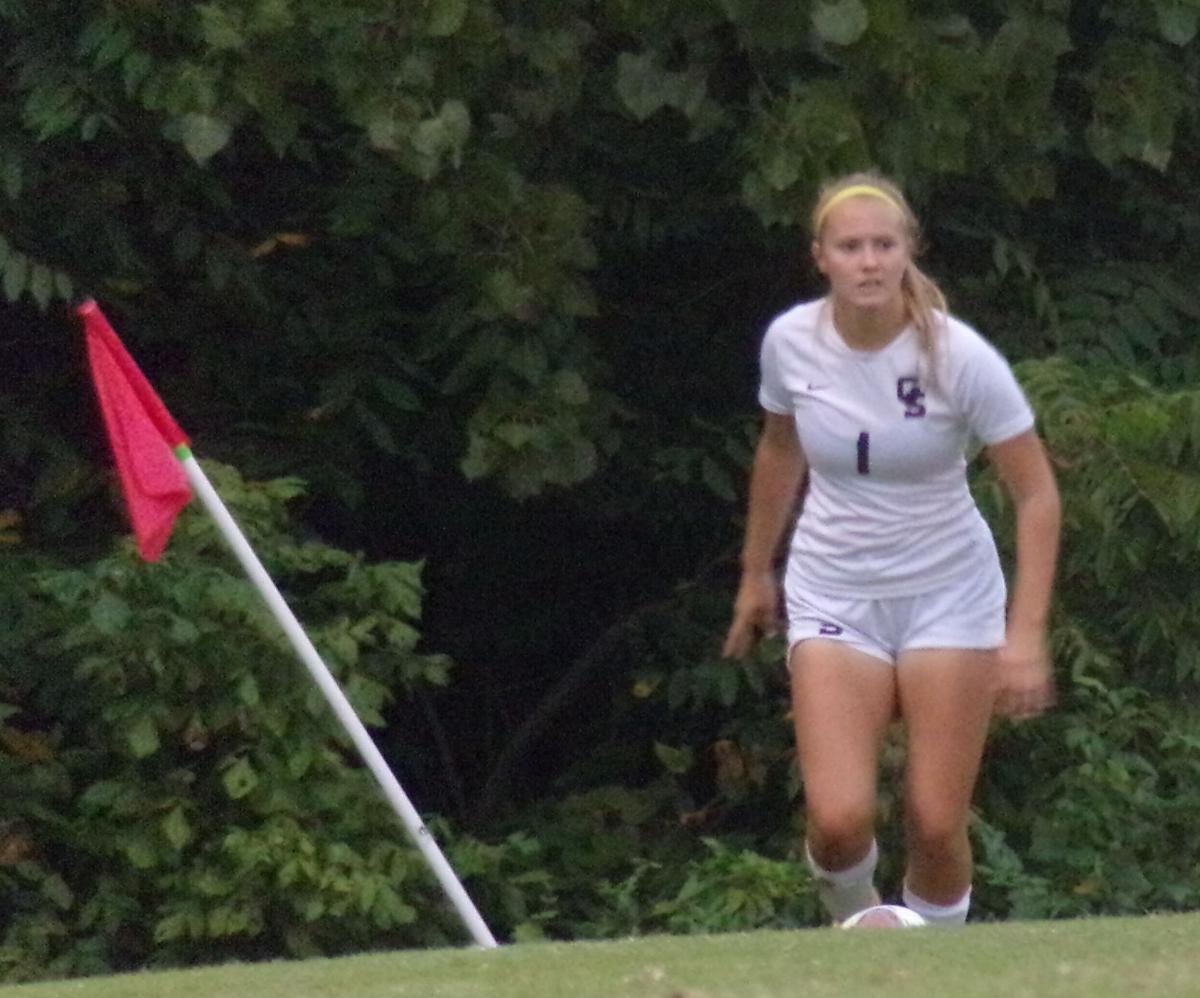 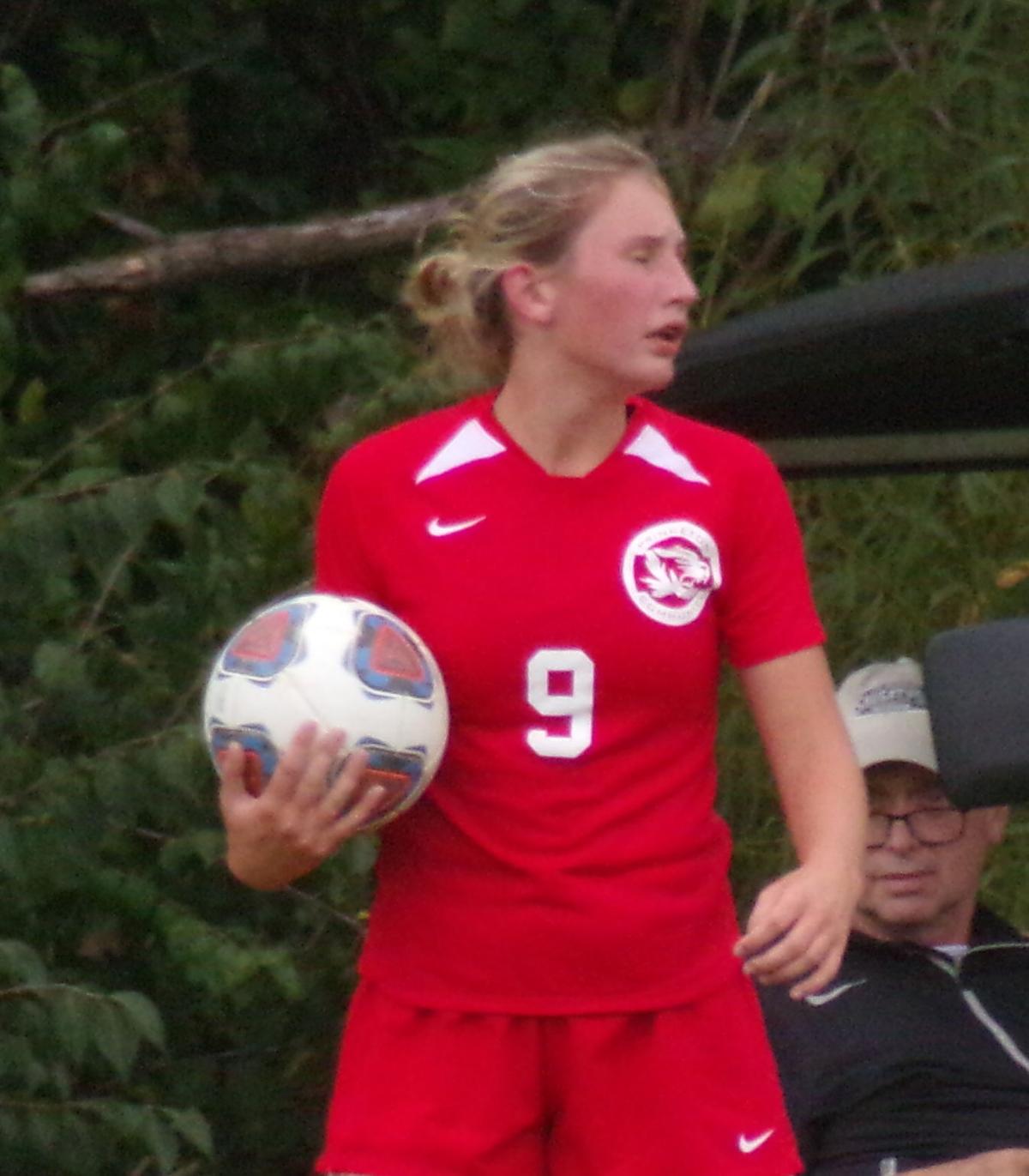 Princeton Community freshman Chloe Bent gets set for a throw-in during the Lady Tigers’ 5-0 home loss to Gibson Southern on Tuesday.

Princeton Community freshman Chloe Bent gets set for a throw-in during the Lady Tigers’ 5-0 home loss to Gibson Southern on Tuesday.

PRINCETON — After a scoreless first half, the Gibson Southern Lady Titans went on a scoring rampage in the second, scoring five goals that led them to a 5-0 shutout victory over the arch-rival Princeton Community Lady Tigers Tuesday.

With 36:16 left in the game, Gibson Southern junior defenseman Kaleigh Baehl opened the scoring by putting a goal past PCHS senior goaltender Makinlyn Winkler to make it 1-0 Lady Titans.

Just a minute later, the Lady Titans added onto their lead as Ella Jones scored with 35:11 to play to make it 2-0.

Gibson Southern tacked on another with 18:09 to play as Riley Bryant put one past Winkler and with 8:12 to play, Jones scored again, making it 4-0.

With the score 4-0, freshman Kinsley Buck took over for Winkler for the Lady Tigers in net, where with 2:45 to play, Gibson Southern's Madalynn Steckler added one last goal by putting one past the freshman to complete the Lady Titans dominant second half.

The win improves the Lady Titans record to 10-2 overall this season with a Pocket Athletic conference record of 8-1. They teamed up with the Titans boys soccer team, who defeated PCHS 3-1 later in the day for a sweep of rival Princeton.

The Lady Tigers fell to 3-8 overall with the loss and are now just 1-7 in PAC play. After winning their first two games of the season, PCHS has lost eight of their last nine games, including each of their last six.

Gibson Southern will be back in action Thursday at Pike Central while the Lady Tigers will look to snap their losing streak when they host Washington for senior night Thursday.