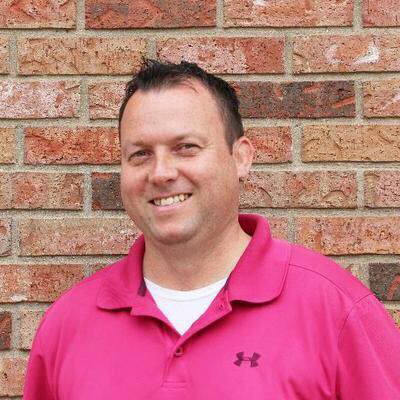 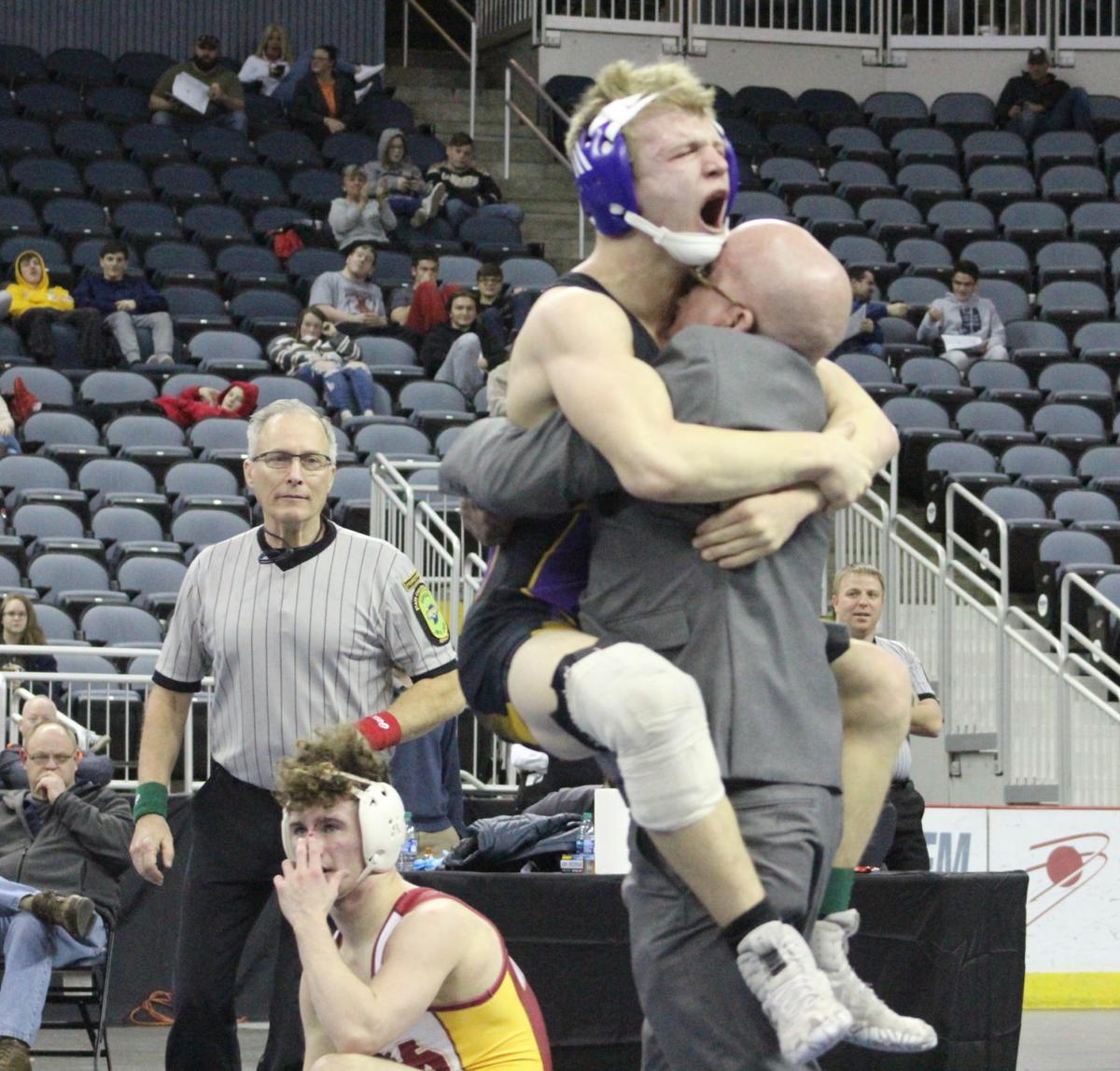 Sullivan High School freshman Lane Gilbert jumps into the open arms of his grandfather and coach Roy Monroe after winning the 113-pound semistate championship on Saturday at the Ford Center. 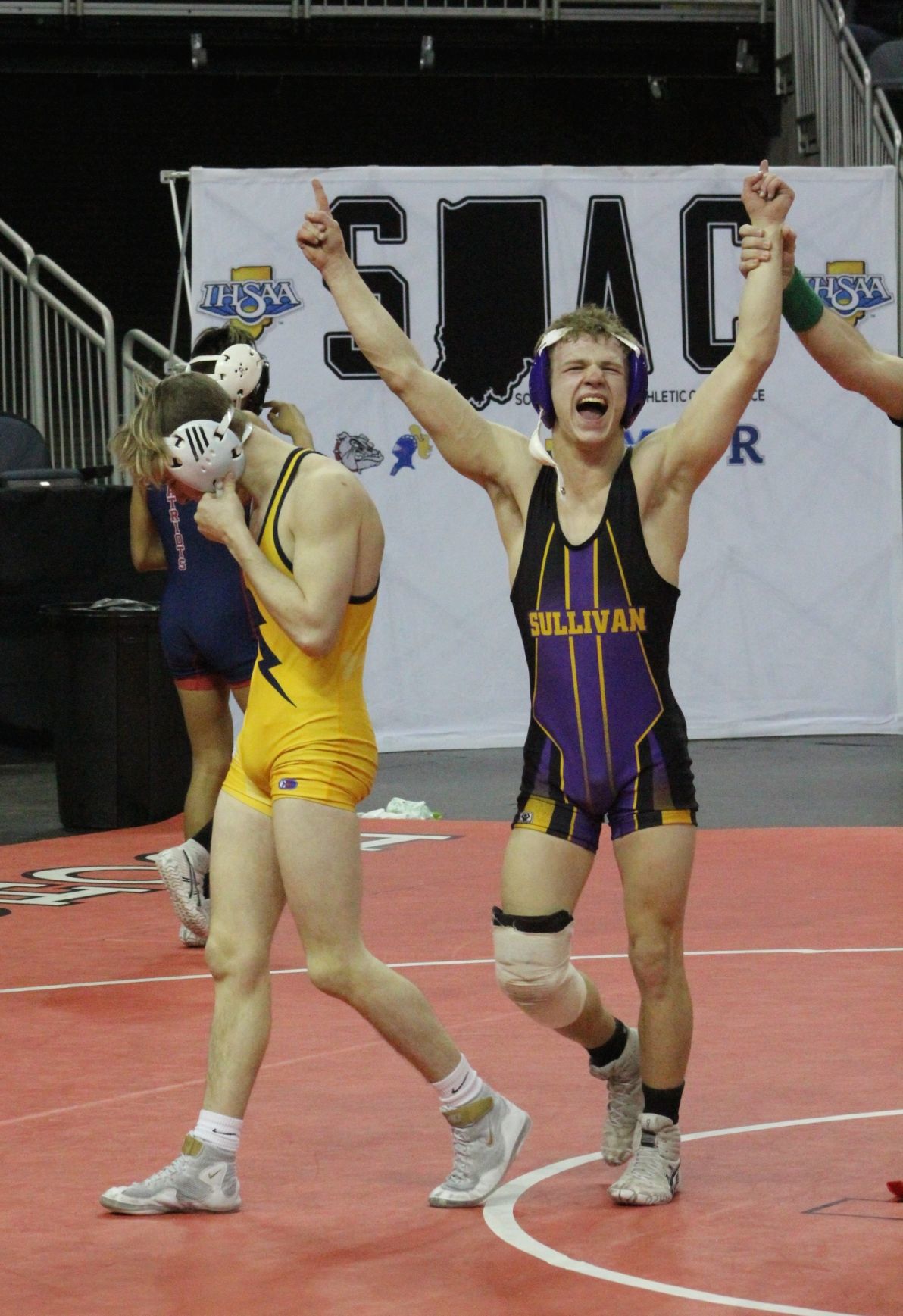 Sullivan’s Lane Gilbert shows his excitement after a second-round win at the Evansville Reitz Semistate which qualified him for the state finals on Saturday.

Sullivan High School freshman Lane Gilbert jumps into the open arms of his grandfather and coach Roy Monroe after winning the 113-pound semistate championship on Saturday at the Ford Center.

Sullivan’s Lane Gilbert shows his excitement after a second-round win at the Evansville Reitz Semistate which qualified him for the state finals on Saturday.

Rumor has it, pictures express a thousand words.

Not to brag or anything, but I am pretty sure I can debunk said saying with a couple of pictures I was lucky enough to capture through the lens of my Cannon on Saturday.

Because they say a lot more than just a thousand words...it would be hard to pinpoint an exact number.

The subjects in the photos may not be familiar to a lot of you here in Gibson County.

The wrestler is Lane Gilbert and he is a freshman at Sullivan High School.

Yes, that is my alma mater, but that is not the sole reason why I am taking up this space today.

Regardless of who happens to be in the photos, they still caption two priceless moments which you just don’t get to witness every day.

I have said this numerous times in the past, but one of the hardest parts of this job is seeing the heartache of athletes who just competed for the final time in their season or career. The raw emotion and tears streaming down their faces as they walk out of a locker room or off the field/court of the final time is gut-wrenching.

But on the flip side, the absolute best part of this job is seeing the tears of joy. All of the unseen hours of practice and sacrifice put in by these young student-athletes is something we often take for granted. We are quick to forget these are teenagers who go to school for seven hours a day, have practice for a couple more hours, maybe go to a part-time job for a couple hours after that, then come home to do homework.

It’s not easy being a student-athlete.

For many wrestlers, their day/night does not end when they get home. There is still weight management which requires attention. They often don’t get a full home-cooked meal. Their lunch hour at school is often spent in the gymnasium running laps with layers upon layers of sweat clothes on to drop a couple more pounds all while “snacking” on an apple or orange and drinking water.

This also takes place before the first class at school commences, before practice starts and before their heads hit the pillow at night.

Wrestling is not for the weak minded.

But man when all of that hard work, dedication and discipline pays off, it is quite the sight — as the photos attached would indicate.

The photo of Lane raising his arms with a smile spread from ear-to-ear is after he scored an overtime decision in the “ticket round” Saturday at the Evansville Reitz Semistate. For those of you not familiar with the term “ticket round”, it’s the round where if you win, you “punch your ticket” to the state finals.

Ask any wrestler what his/her goal is at the beginning of the season and they will tell you it’s to get to state.

I don’t know Lane all too well, but I do know from following his career over the last few years, reaching the state finals has been just one of his many goals for a few years now. And to obtain it as a freshman is a pretty big deal.

After watching him in person at the Mater Dei Holiday Classic — the toughest in-season tournament in the state and probably in the midwest — I said Lane would not only reach the state finals this season but you would see him on the podium at the state finals.

Sullivan’s coach is Roy Monroe who just happens to be Lane’s grandpa. All of the great wrestlers who have come up through the ranks at Sullivan, Roy knows and has worked with probably all of them in some way or another.

Before I met Roy — during my junior high days — I had already formed a great liking to the sport. But Roy changed that liking to a love. It became my passion. Roy knows the sport. Ask anyone in the wrestling community and they will attest to the same.

Anyway...needless to say the second photo attached is of Lane and Roy. I snapped it right after Lane upset No. 2 ranked Cole Ross of the wrestling powerhouse Evansville Mater Dei, in the championship match Saturday.

I captured a moment a few years back of Hunter Wilde of Illini West (Carthage, Ill) after he won his “ticket round” match which advanced him in the postseason tournament. He was just as ecstatic because his father was battling ALS and he wanted that win for him.

Saturday’s picture of Lane and Roy rivals that moment, which I have called the greatest photo I have ever captured with my camera.

Point being, Saturday was one of those moments which makes you happy you were able to witness in person.

I would be lying if I told you I didn’t tear up a bit because I did. Not so much because of the win, but the whole moment just took me back to memories with my grandpa. He never coached me, but he was always there. I can count on one hand the number of sporting events of mine he missed, even in college he drove all over the country to watch me on the mat.

So yes, those photos have a whole lot of meaning more than which can be counted!

Congrats to Lane and Roy!

Also congrats to the five Gibson County grapplers who qualified for Saturday’s semistate. The three underclassmen (Jared Dunn, Christian Polen and Owen Bryant) will no doubt be back next year and hungry to have their priceless moment as well.