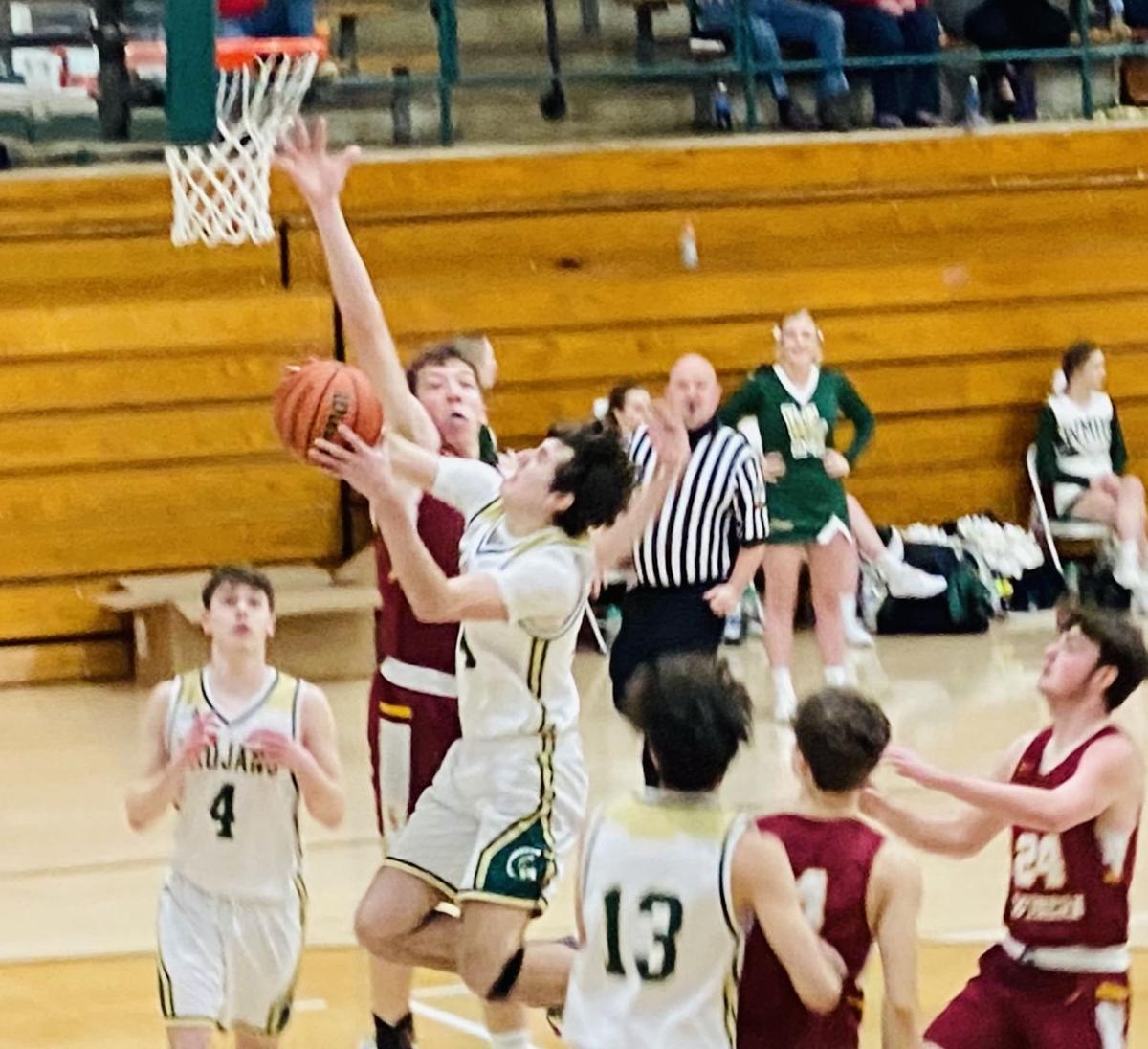 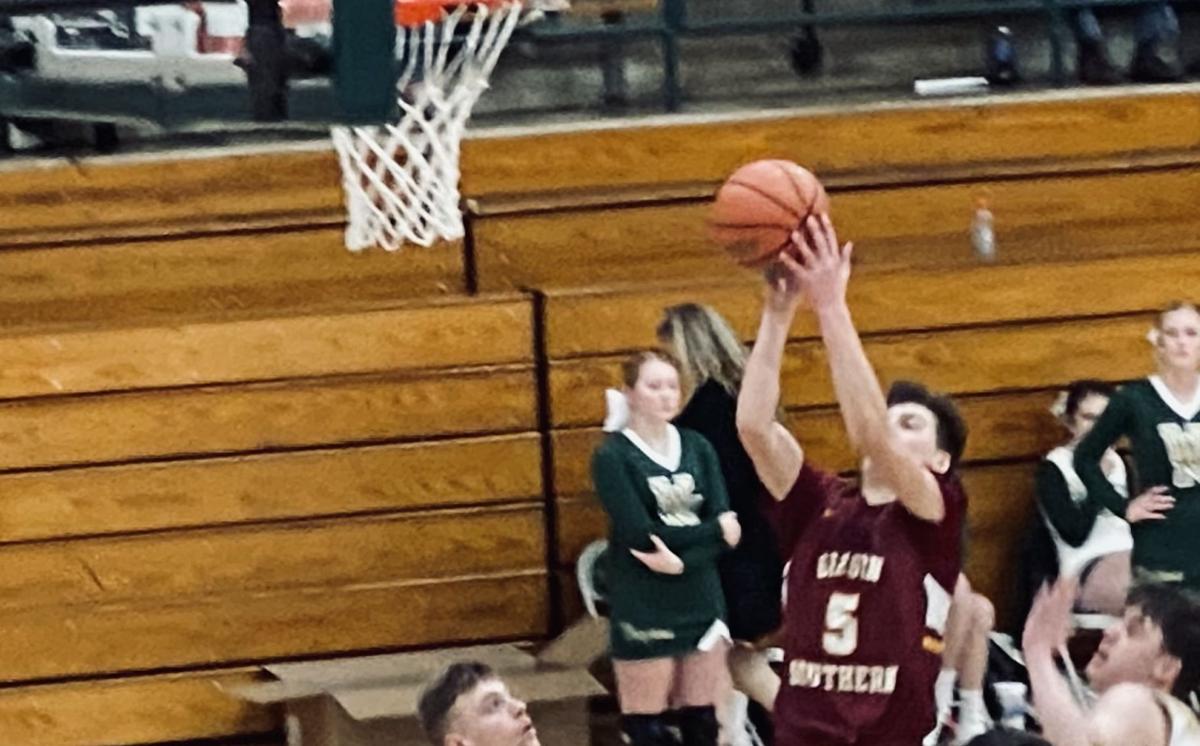 OAKLAND CITY — In a Gibson County rivalry matchup, the Wood Memorial Trojans erased a double-digit halftime deficit to take down the Gibson Southern Titans, 54-51, in overtime Monday in Oakland City.

The Titans came out firing in the first half as they knocked down seven first-half 3-pointers.

Sophomores Jaxun Lamb and Cole McKee each knocked down a pair of treys to help give Gibson Southern a 35-24 halftime lead sparked by a 22-12 second-quarter run.

In the third quarter, the Titans shooting began to cool off as they were held to eight points in the quarter while the Trojans added 13 to their total to cut the Gibson Southern lead down to 43-37.

The fourth-quarter saw the Trojans slowly chip away at the Titans lead as they worked their way into the double bonus and knocked down seven free throws to spark a run that’d eventually give them a lead in the final minute.

The Titans would be able to tie the game at 48 and with 0.7 seconds, Gibson Southern nearly won the game at the buzzer as a McKee 3-point heave clanked off the rim, nearly falling in but instead rimmed out and sent the game into overtime.

In overtime, the Trojans continued working their way to the free-throw line as they scored all six of their points in the period from the charity stripe while holding the Titans 1-for-5 shooting (Lamb 3-pointer) to secure a three-point win.

Life in the Red: Huskers in contention for several 2022 DBs

The Trojans’ 11-point comeback was sparked by incredible free-throw shooting as they shot 22-for-30 from the charity stripe, which allowed them to survive a subpar shooting night as they shot just 2-for-12 from 3-point range and 15-41 (36.5%) from the field.

While the Trojans took 30 free throws, the Titans shot just two, with Mason Yancey going 1-for-2 from the charity stripe.

The Titans finished the night 21-for-44 from the field and 8-for-22 from 3-point land, with none of those 3s coming in the second half and just one in overtime.

Three Trojans scored in double figures, with sophomore Alton Falls leading the way with 16 points, senior Coltin Page scoring 15 while shooting 12-for-14 from the free-throw line and classmate Griffin Parke adding 12, including going a perfect 4-4 from the charity stripe.

The Titans, who dropped to 3-10 with the loss, also had three players score in double-figures, with Lamb leading the way with 13 points, McKee scoring 12 and junior Carson Brindle finishing with 11 points.

Both juniors Drew Foster and Noah Bryant added five points for Gibson Southern, while junior Brayden Malone scored four and Yancey scored one point to round out Gibson Southern’s scoring.